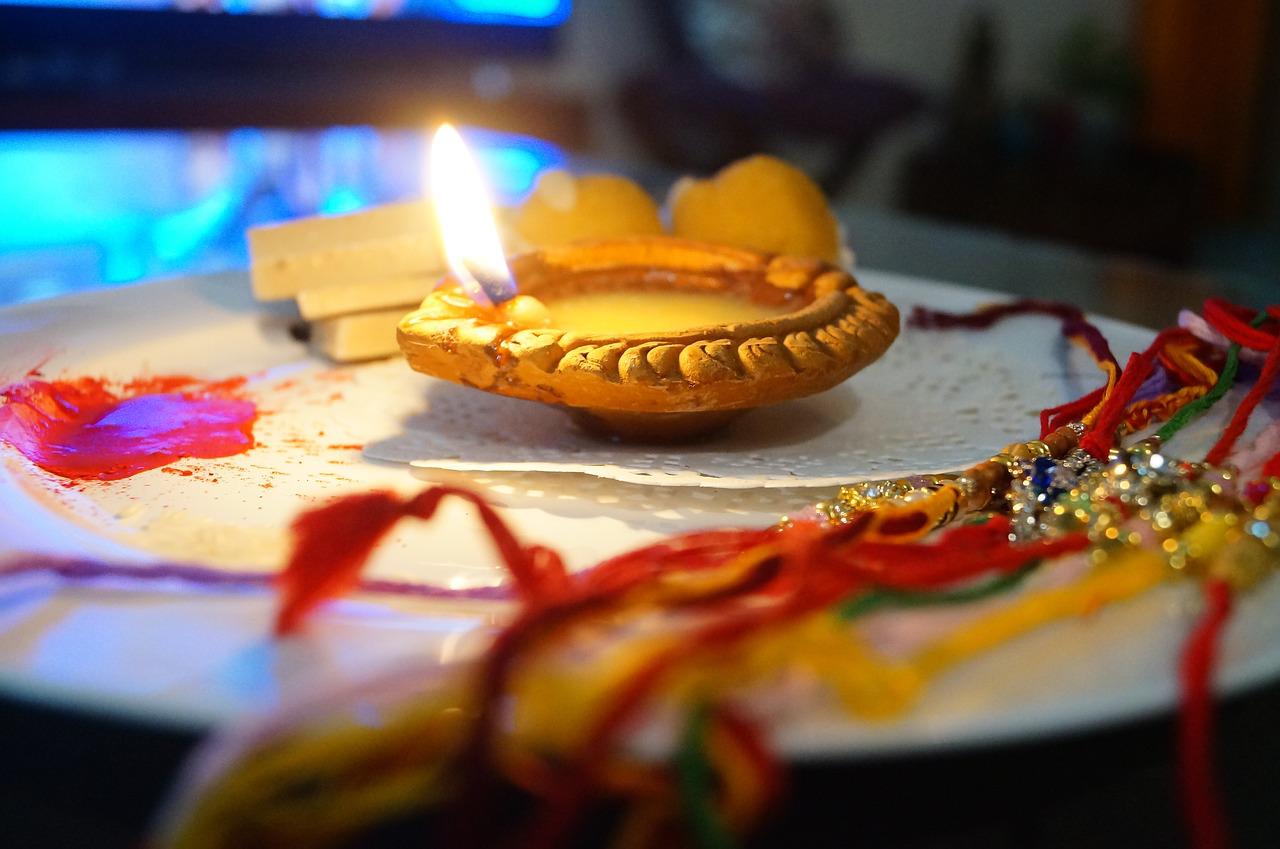 Each holiday in the country is significant in different parts of the nation, and even a similar event is connected with a variety of rituals. Raksha Bandhan is also not different.  By binding a rakhi the holiday’s purpose is to deepen the link between the siblings. The event has varied ways of celebration in distinct areas of the nation. Here are a handful of them:

Raksha Bandhan and Narali Purnima are both observed in the state.  On this day, which coincides with Shravan’s full moon, worshippers present coconuts to the ocean as a sign of devotion to God Varuna. The Koli clan in the region adheres to this tradition. For fishermen, it also signals the start of brood stock and hunting season. They worship the Ocean Deity to receive protection from catastrophic disasters. Coconut rice is the primary food on this day, and bits of coconut are subsequently given out as prasad to loved ones.

The majority of north Indians observe the occasion by binding the sacred thread to her brethren and wishing them a good life, brothers also swear a pledge to guard their sister from harm. However, amongst Marwari and Rajasthani communities, women also tie rakhi to the brother’s wife.  Since the spouse is regarded by the culture as the brother’s ardhangini or soul mate, no Raksha Bandhan rite is finished sans his lady, according to this belief. The Brother’s wife is jointly liable for his duty to care for and cherish his sister.

In Gujarat the day is also known as Pavitropana. People devotees serve water to Lord Shiva on this festive day and ask for his grace. The locals also hold the view that any person who worships Lord Shiva would redeem themselves of all their sins.

The day is honored as Kajari Purnima in Madhya Pradesh and Bihar. For agricultural producers, it is a significant time because this lucky day ushers in a fresh crop year. They also think that the primary harvests, barley, and wheat, would grow quite well in the upcoming period.

The tradition of Lord Krishna and Lady Radha swaying on the jhula (swing) for five days concludes with the end of this day. The festivities begin on Pavitra Ekadashi and culminate on Raksha Bandhan, which is the day that marks the full moon in the month. The idles of Lord Krishna with Radha swing while seated on a jhula. The Iskcon temple in Mayapur transforms the day into a huge festivity by adorning it largely with various blossoms.

The day is called Shravani Purnima since it coincides with the full moon in the Hindu month of Shravan. Kumaon residents observe Raksha Bandhan and Janopunyu. On this day, folks replace their Janeu (holy thread), which is often donned by a few members of society.

In addition to Raksha Bandhan, Gamha Purnima is celebrated in Orissa. On this day cattle are decorated and venerated, in the coastal state.  Rice paste and coconut stuffing are combined to make the delicious delicacy pitha, which is then served to relatives.

People across the country come from varied faiths and celebrate the festival differently. But the ulterior motive is to celebrate togetherness and love for each other, even for the voiceless.

Getting to know other cultures and beliefs is always fun, which we will continue to bring in the future.

Previous Posts Favourite monsoon reads you can choose from
Next Posts Does reading make us a better person?