Top 10 Haunted Places In The World 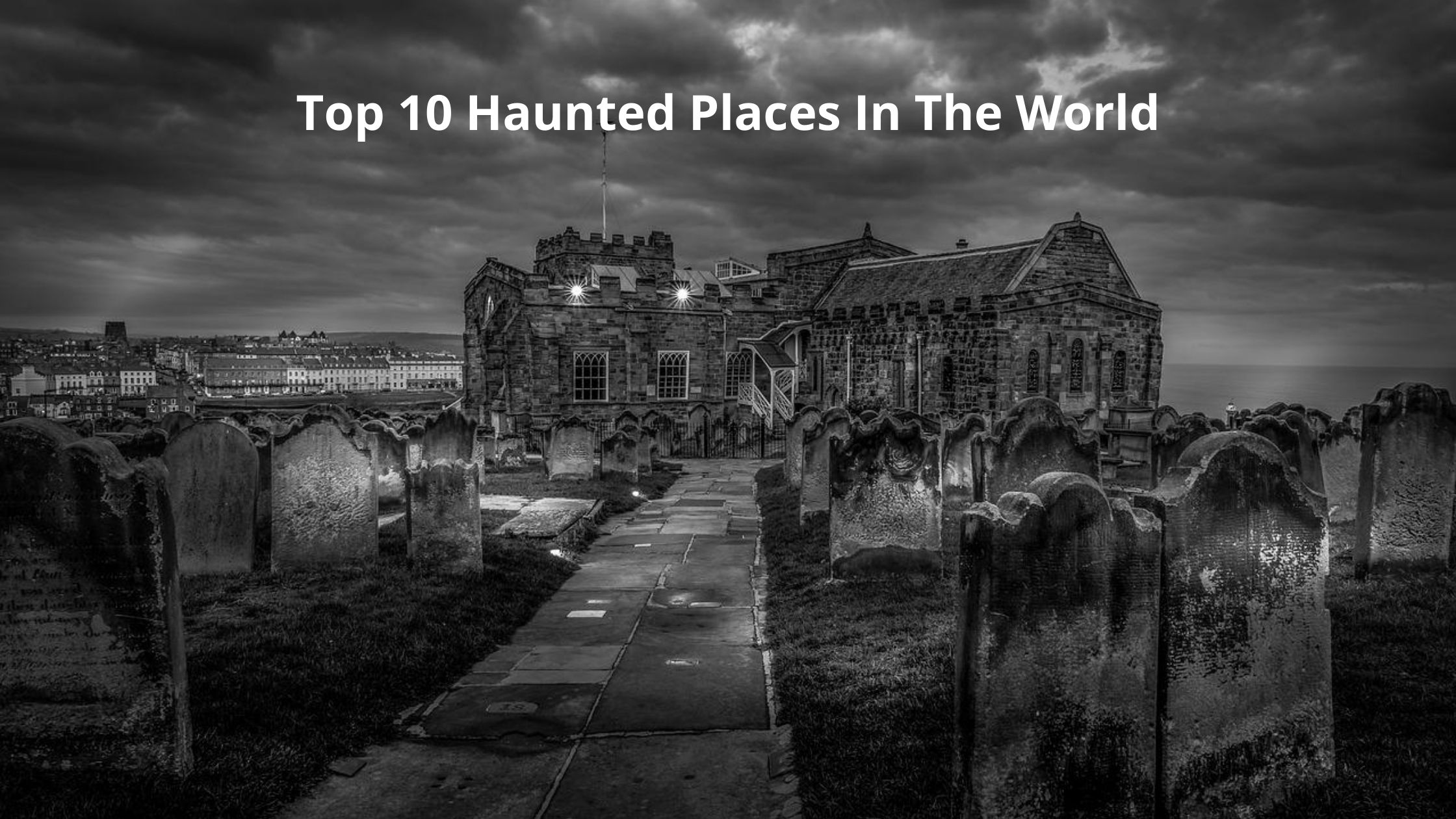 From forests that some people never leave to castles with permanent spiritual residents. Ancient fortresses, abandoned buildings, old cemeteries, and dark forests — all of the world’s haunted sites have a strange, creepy vibe about them. The anxiety of walking through the world’s most haunted locales is heightened by accounts of catastrophic incidents and ghost sightings.

We all like to go on holiday to experience the weird and wonderful. And what could be weirder and more wonderful than a haunted site? These spook-tacular destinations should definitely be on your bucket list. Here is the list of some of the world’s top haunted places.

You’ve probably heard about the Bhangarh fort. The hauntedness of the Bhangarh Fort in Rajasthan’s Alwar region has made it one of the world’s most haunting locations. It is not permitted to visit the fort of Bhangarh at night.  According to legend, Tantrik Singhia attempted to win Princess Ratnavatil’s love by magic. When the princess learned of his nefarious schemes, she had him executed. Before dying, the Tantrik cursed the village’s occupants to perish and the village’s dwellings to stay roofless. Even now, if a roof is constructed, it will eventually collapse.

Monte Cristo Homestead is a haunted mansion in Australia’s state of New South Wales. The mansion is popular as one of the haunted places in the world because of the haunted stories related to Mrs. Crawley. After her husband died, she did not leave the house for 23 years. And when she died, it is believed, that her body-less spirit has been haunting her chamber ever since. People have claimed to witness her body-less spirit in the window, strange voices, flickering lights, and the floating ghost in the corridor. There have also been reports of accidents and murders in the mansion in the past.

The Highgate Cemetery in North London, which was founded in 1839, is one of the most haunted places in the world. The final resting place of over 1,70,000 people has been the site of many supernatural reports. But it’s the story of the Highgate Vampire, a 7-foot tall phantom with captivating red eyes and a long black cloak. The vampire is said to induce temperature drops, time freezes, and other effects. When a horribly burnt body of a lady was discovered beheaded, the vampire myth got a lot of traction.

The Tower Of London, England

The Tower of London, one of the most haunted places in the world, is also a major tourist attraction during the day. The tower, which dates from 1078, has seen the execution of several princes and others. The headless ghosts of Lady Jane Grey, Anne Boleyn, and the two princes who killed their uncle, Richard III, in 1483 have been spotted by the local tower guards, called the Beef Eaters.

The 11th-century castle, located at Maine-et-Loire, is one of the world’s most haunted places. The beautiful castle witnessed a double murder. Rumors have it that the ghost of the Lady in Green stalks the grounds of the castle. La Dame Verte, (Green Lady), was apparently the illegitimate child of King Charles VII and was later murdered by her husband in the château in the 15th century after he caught her having an affair. A rotten-faced lady in a green outfit has been seen, according to witnesses. People have even claimed to have heard a woman’s moaning sounds.

The legend talks about a girl who died by drowning in a Mexican canal. Julian Barrera was haunted by the girl’s spirit when he first arrived on the island. He hung many dolls over the island to appease her spirit. After a while, Julian informed his nephew that the girl wanted him to join her in the afterlife as a playmate. His body was later found in the canal at the same spot as that of the girl. Visitors to the island have claimed that the dolls’ eyes follow them around. They’ve even claimed to hear whispered voices and laughter.

The Ontario tunnel lies beneath the railway track that connects Toronto and New York via Niagara Falls. According to folklore, a young girl died around 100 years ago when her farmhouse, which is located near the tunnel’s south entrance, caught fire. The girl, who was on fire, fled towards the tunnel in search of help, but she died inside. If someone sets a fire within the tunnel since then, the girl’s screams may be heard and the fire dies out.

The town has received the nickname ‘Ghost Town’ due to numerous accounts of hauntings. This lonely and mostly abandoned settlement is found along a stretch of the Forgotten World Highway on the North Island. Tangarakau had a population of 1,200 persons during the railway and tunneling era. Of course, hazardous occupations lead to many terrible incidents, which is why this NZ town is known as the country’s most haunted place.

Poveglia is one of the most haunted places with a sinister past that will send shivers down your spine. People were left to perish when the city was infected with the plague since there was no treatment. Several bodies were buried in graves without being properly treated. Their ghosts now haunt the island, and the island is not visited by anyone. The beaches are still so quiet and desolate.

For almost a century, the Moundsville Penitentiary functioned as a correctional facility. It was often the final destination for America’s most violent offenders, with many of them dying here — generally by hanging or the electric chair. It’s considered to be one of the most haunted jails in the United States, with ghost stories dating back to the 1930s.

Have something to share? If you want to write for BeStorified, read the submission guidelines.

Previous Posts 5 ways to travel around the world with no money
Next Posts Did you know you can overcome 5 problems women face at the gym?