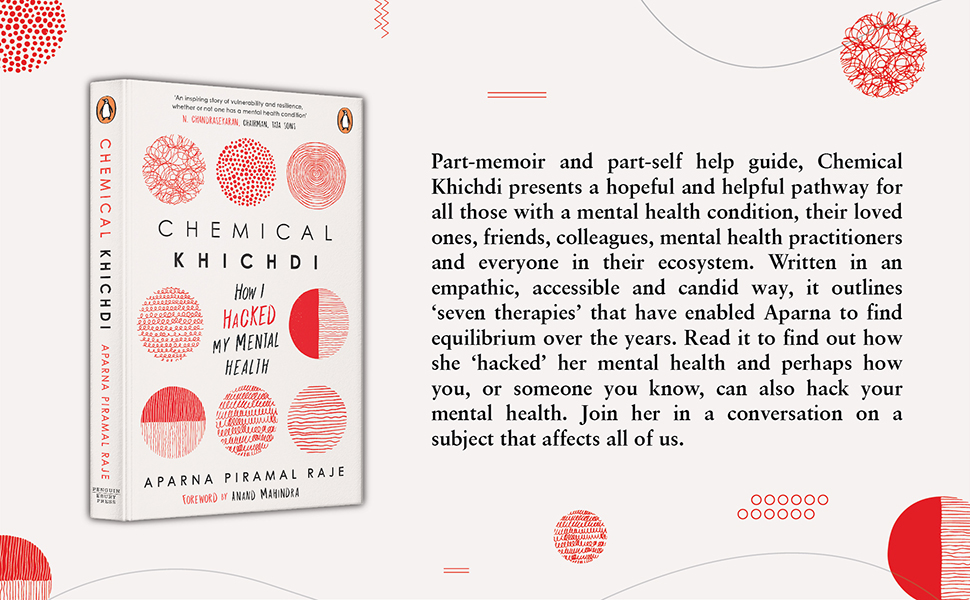 Piramal family member, former CEO and mother of two shares her story of struggling, living and thriving with a serious mental illness for two decades.

The invitation to join Soho House Mumbai felt like a miracle. Although located an hour’s drive from my home, the private members’ club was worth a weekly trek. I fell in love with its library, which soon became the genesis of many articles, and made some close friends. The turbulence of the ski trip earlier in the year had long receded. A pattern of mutually reinforcing activities had evolved.

These included writing, teaching, speaking, some philanthropic giving, as well as family and social commitments and a fitness regime. A major wedding in the family in December also kept me busy, with dance rehearsals and wedding shopping dominating the calendar for the preceding several months.

Yet time is never linear in my world. The amplitude and frequency of my highs and lows may have flattened, but they never disappear.

For example, a few months later, I was overtaken by weeks of sluggishness, which led me to wonder if I was the same energetic person who once woke up at 6.30 am to go horse-riding every weekend.

But I did get myself out of bed. 2019 was busy with new projects, especially in the area of education, some paid speaking engagements, philanthropy, travel and my book club and writers’ group. This is what “normality” tastes like, and it’s sweet.

Some of the most memorable moments were exotic – in the summer of 2019, I persuaded Amit to come with me on a week-long cruise of the Arctic. Glaciers, walruses, breathtaking landscapes, champagne on ice and lots of chocolate cake – it made me want to visit Antarctica next!

But some of my most memorable moments were also the simplest. Amartya and I went shoe shopping in a mall towards the end of the year, followed by tea in a restaurant staffed by individuals with disabilities. I didn’t often get one-on-one time with him at the time. And I wrote that day, “he is just so mature, fun and enjoyable to be with”, especially as he enjoys experimenting with food.

And then Covid struck, in March 2020. Nobody knew how long it would last, but I reiterated a basic message to myself in its early days: keep it together.

If we are all cooped up and medical infrastructure is stretched and possibly inaccessible, I cannot afford to lose it. And I did keep it together, for the first wave. We were not torn apart by Covid in terms of human loss or job loss. Like the rest of the world, we adapted to physical confinement and online migration.

I suppose living with mood cycles positions one to adjust to the vicissitudes of a pandemic to some extent – I’ve learnt to expect change, not permanence. Even though emotions can devour me in the moment, I do somewhere know that neither the highs nor the lows are lasting. And similarly, with the pandemic, nothing is permanent. Lockdowns and periods of respite can appear and evaporate with little notice, and one simply has to adapt.

So when the opportunity to travel to the UK presented itself in late September 2020, I readily accompanied my mother to London to visit my sister, just before the UK’s second lockdown. Being able to take daily walks in parks was a delight, as was catching up with friends. By November, life in Mumbai was much better. For a few months, I was back in the gym, at my beloved Soho House, at the salon, and I even celebrated my birthday with friends and with family at restaurants.

Of course, there have been times when I couldn’t sleep in these last three years. One occasion had nothing to do with Covid and everything to do with a book deadline. In February 2021, I grew anxious about delivering the manuscript by the promised deadline and lost some sleep. My doctor recommended sleep medication, I consulted my agent and spoke with my editor, who extended the deadline, and a crisis was averted.

My experience with quarantine a few months later was also initially stressful – some of our household staff tested positive. How should we quarantine them? Were my in-laws safe? How would we manage? Again, I took sleeping aids for a couple of nights until everything was settled. Knowing that I can access a good night’s sleep if I need it delivers vital peace of mind.

But when the second wave hit in April 2021, I found myself in a new position of having to cope with intense emotion – sadness, anxiety, rage, frustration – on my own, with the children.

My in-laws had tested positive and were in hospital, my sister-in-law and niece had also tested positive, Amit was self-isolating to protect me and the kids, as he had been in contact with his parents, so many people we knew were dying, I was losing sleep, pacing up and down the house, and writing poetry after a long time.

Death has not arrived at my doorstep
But it seems triumphant
Invading every inbox
With news of lives snatched before their time
Parents, grandparents, friends, colleagues
In their 40s to a healthy 90s

Leaving only questions
Why her? Why him? Why now?
What more could we have done?
We are not prepared
We may never be prepared

I wrote ‘Boats’ to manage my own emotions, to reorder myself and find some solace. When I shared it on social media, I got hundreds of responses, which was overwhelming in itself. For example, an old friend said:

It’s a poignant reminder of the tragedy that is unfolding before our eyes. Very well-written. Stay safe.

One of Amit’s colleagues, who lost three grandparents to the virus, messaged me:

Dear Aparna, this is absolutely beautiful. And it is very helpful as we struggle with our emotions and fight to emerge from this stronger than before. Thank you so much for sharing this.

Another friend, who lost both parents to Covid-19, said:

Aparna, thank you for your beautiful soul. You helped me to grieve.

A friend posted the poem as her WhatsApp display picture and another friend who runs the Asia Centre in South Asia included a verse from the poem in their newsletter. But some responses were more sceptical, prompting me to write another poem on the ground realities of the second wave, soon after I wrote “Boats”.

‘I love the smell of napalm in the morning’,
The smell of victory
An epic line by a twisted Lt Colonel
From a frontline war movie
Apocalypse Now

But what about our frontline?
The smell of three-day-old bodies burnt in kerosene

The sight of living beings laid down, alive,
waiting in line for cremation
No money left for hospitals

The sound of mass sputtering
Cities gasping for breath

Stay safe But give big

I wanted to use it for crowdfunding but was told it was too depressing and wouldn’t motivate anyone to give funds.

So, a couple of weeks later, I wrote another poem, on the importance of bereavement counselling, inspired by an article I read in the Mint Lounge, a weekend supplement.

When breath has collapsed
A hashtag is born
#covidorphan
Who will help them heal?

When death is abundant
A new term is coined
#vicarious grief
What will help us cope?

It worked. We raised more money than we had expected through a social media campaign and I was the biggest beneficiary, having channelled my emotional volatility into philanthropy.

I made it through the specific Covid week without letting my immediate family know that I was hanging by a thread. Prescribed medication helped me sleep. I went for long evening walks and did morning yoga. I wrote a lot and kept life simple so I could remain mindful and present with the children. This was a first: self-care, without relying on my caregivers.