India’s monument of love- How well do you know it? 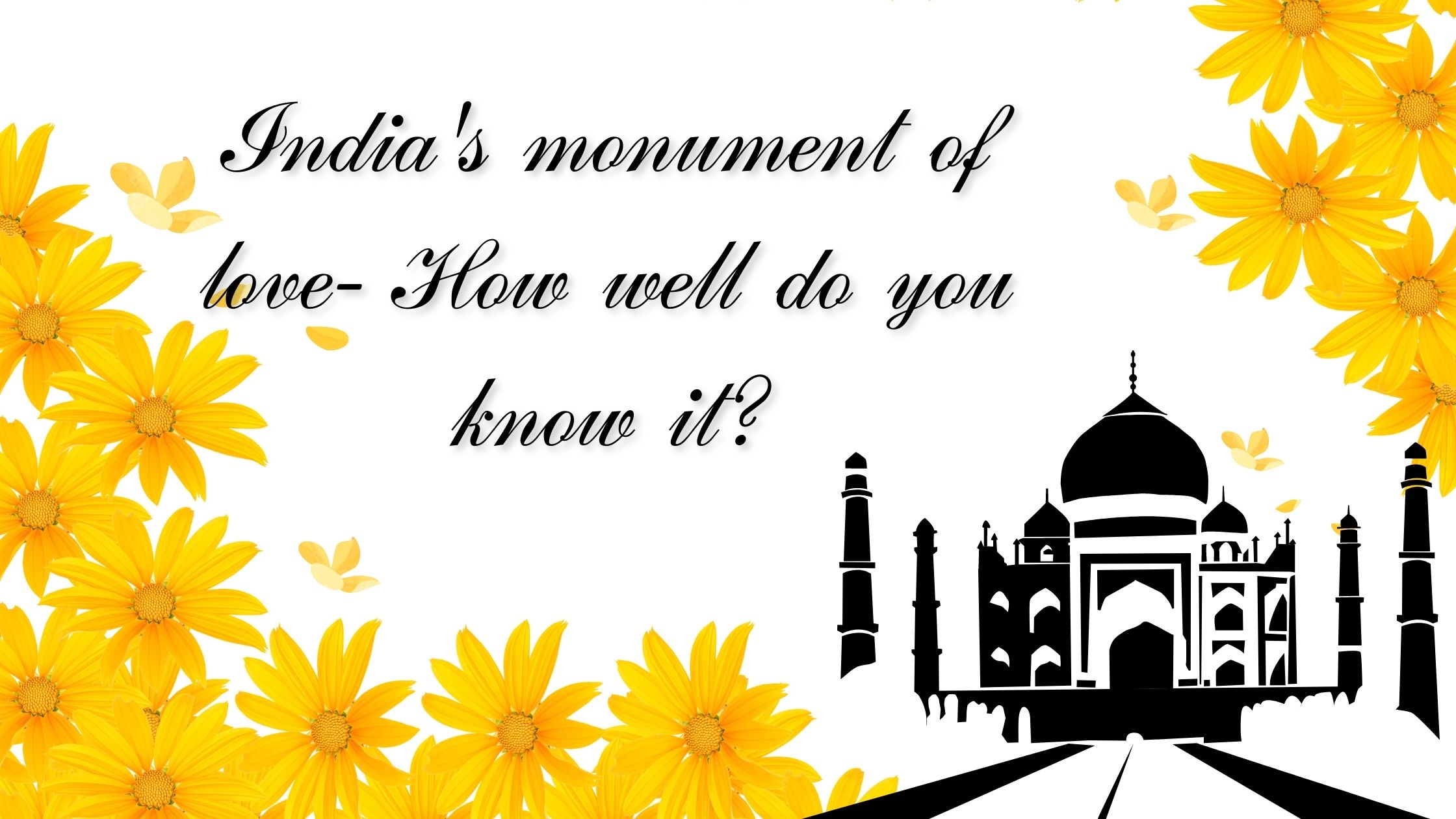 The Taj Mahal is known as a monument of love and a grieving emperor’s ode to his beloved deceased queen. Every Indian takes pride in the breathtaking beauty of this architecture and the love story that inspired it. On Valentine’s day let’s take a quiz to find out how much we know about this monument of love of our own country India.

1. What is the name of the Mausoleum complex built by Mughal emperor Shah Jahan in the 17th century?

2. Who is the architect of the monument which was initially named as ‘Roza-e-Munavvara?

3. Because of which element the Roza –e Munavvara is white in colour?

4. Identify  the name of the wife of the Mughal emperor Shah Jahan for whom he built the famous Mausoleum

5. Where is the Mausoleum that Mughal Emperor Shah Jahan built for his wife exactly located?

6. In which year was “The jewel of Muslim art in India” designated as a UNESCO World Heritage site ?

8. Why Shah Jahan chose the place that he did to build the Mausoleum?

9. “Did you ever built a castle in the air? Here is one brought down to earth and fixed for the wonder of Ages.” Identify who said these words about the Taj Mahal

10. Why is the Mausoleum in Agra called as a monument of love?

How many did you get right? Tag us on socials with your answers and let’s celebrate one of the seven wonders, the monument of love on a day of love!

Write to us with your contributions and get featured on BeStorified.