At the age of 25, the world seems one’s oyster, or so one would think. Enakshi Chatterji, a germophobe and a bit of an introvert, has a job in an IT organization. Wanting a bit of fun and time before she is pushed on to the matrimonial bandwagon, she decides to do her MBA at the prestigious IISM. 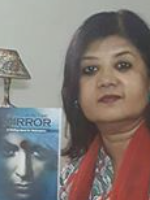