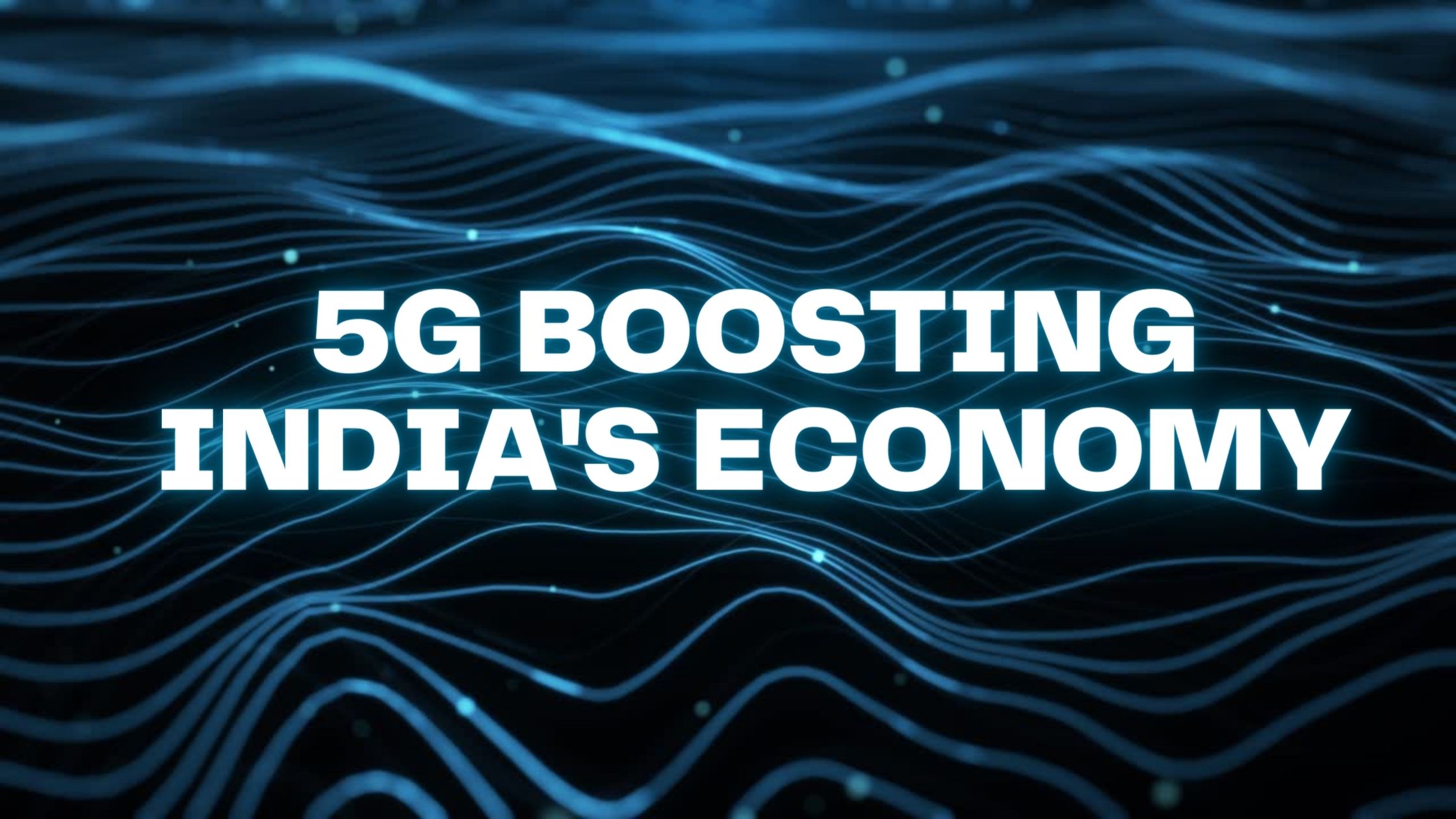 According to estimates, 5G would boost India’s economy by $450 billion over the next few years. It will increase jobs and prosperity as well as bandwidth. The nation is expected to introduce its facilities on its own, highlighting the importance of the telecom industry in the development of the nation. The initiatives will assist entrepreneurs in becoming world leaders in the telecommunications industry and network technologies.

The establishment of the 5G Test Bed is a significant move toward achieving national independence in terms of essential and cutting-edge telecommunications infrastructure. Additionally, the 5G will enhance the nation’s administration, quality of life, and efficiency of conducting business. The new technology will promote development across all industries, including farming, healthcare, youth development, infrastructural facilities, and commerce, producing a significant amount of job possibilities.

The 5G Test Bed was unveiled by Prime Minister Narendra Modi back in May 2022. It was created by a collaboration of different institutions, with IIT Madras and 8 other organizations serving as lead establishments.

International shareholders’ trust and confidence have grown as a result of the telecommunications industry’s quick response to significant difficulties like the AGR (adjusted gross revenue) and the retrospective taxation issues, as well as the drive to resolve the latter via improvements. The Government submitted the legislation a few decades previously to repeal the retroactive taxation adjustment that had been put into place in 2012, a step that assisted Vodafone Group Plc of the UK in resolving its lengthy taxation conflict. Direct investments from abroad (FDI) in the telecommunications sector have increased dramatically in recent years, which can be attributed to the “trust and confidence” that exists in the industry.

The country advanced to 3G, and 4G, and presently moving toward 5G and planning for a future with 6G with TRAI guiding the innovative transfer and changeover efficiently, whereas the 2G era was characterized by unhappiness and inefficiency. In the 8 years, the investments have increased by one and a half times more than they did before, also earlier, the growth was moderate. The administration’s recent actions have resulted in lower call and data charges in India than in other nations.

In reality, building equipment costing hundreds of millions of dollars on the field in a large country the size of India will take many years. At this juncture, internet technology comes into play to stimulate growth across all industries. Mobile phones and wearable tech from the current generations will soon be incorporated into the global network environment and other telecommunications companies. More importantly, these will be tied to a variety of industries, and marketplaces both home and outside.

Potential of 5G in India

India ranks as the second-largest and extremely fast market for data usage after China, with more than 560 million internet connections. The implementation of the unique identity management program Aadhaar was a significant milestone in the administration’s ongoing efforts to expand the database. The percentage of Indians who have internet connection is only 40%, and it is substantially lower for those in the medium and bottom rungs, particularly in remote regions. Farming is a business sector that is still mostly handled by traditional procedures and is not much impacted by network innovations.

Modern agricultural techniques could be drastically changed by bringing in a tech transformation. Promoting technological networks across the country and in a variety of sectors is crucial. If this objective is to be accomplished, 5G will be necessary. One of the most talked-about repercussions, as we await, would be on the Indian GDP. Today’s 5G sales are expected to reach USD 9 billion by 2026, according to the India Mobile Broadband Index 2022, which is raising forecasts and predictions for the next couple of years.

Now it is clear, because of the pandemic’s post-onset technological age, that no business can operate and achieve its full capacity without continuous internet access. The agricultural sector has a great deal to gain from 5G networks. This industry, which currently accounts for 20% or so of India’s GDP, can grow to 50% or more if the tech is used efficiently.

How it can be done?

All parties in the sector must have smooth connectivity to deliver personalized services because it relies on strong networks and linkages with different parts of the country. Farmers who are at the right places at the right times can get accurate data on governmental operations, the best products for the period, marketplace monitoring for the lowest rates, and the chance to participate in business operations.

By integrating modern equipment and accurate agribusiness, players can gain from the increased output as well as effectiveness all across the whole cultivation cycle. 5G will be essential, as will democratic engagement, for the nation to achieve increasing wealth and commercial growth. With its cellular networking, 5G will provide a route for technology to let billions of individuals and businesses create innovative technologies at large. Adopting network technology is essential since India’s current slow infrastructure and absence of proven connections will prevent the general population from taking part in the next stage of digitalization.

As more people use 5G to interact among themselves and improve their operations, commodities, and services, Economic growth and GDP will expand and become more equitable. It will grow into an environment that supports a flourishing and profitable society where prices continue to drop and production keeps growing.

Over 15 years, from 2020 to 2034, mmWave 5G solutions own the ability to add $565 billion to the global GDP. From 2022 to 2025, Indian carriers will spend over 1.6 trillion dollars ($19.5 billion) on their infrastructure, establishing the foundation for possibilities in the commercial and corporate markets. With the deployment of 5G technology soon, it will be possible to close the digitalization gap. We might profit from a successful tomorrow and a digital revolution that includes all elements of the community earlier than we may think if we take advantage of the right opportunities at the correct time.

New programs, such as those in the industrial business (20% of the full value), retailing, Technology, and farming, are predicted to take advantage of the 5G rewards. The business industry is anticipated to expand, especially in the medical and educational areas, thanks to the implementation of intelligent cities and intelligent governance. Industrial production, finance, power and commodities, shipping, medical, athletics, and commerce are just a few of the sectors where 5G will play a significant role in enabling corporate initiatives in technological transformation.

The administration and the telecom sector must now collaborate to promote and ensure the sector’s stable development, considering the relevance of 5G for India’s bright age. The amount invested by telecom operators will have a significant influence on the Indian GDP which would offer 5G facilities in major population centers this year and then roll services out over the rest of the country in the years that follow.