Could the start-up bubble’s burst cause economic problems of the 2000s? 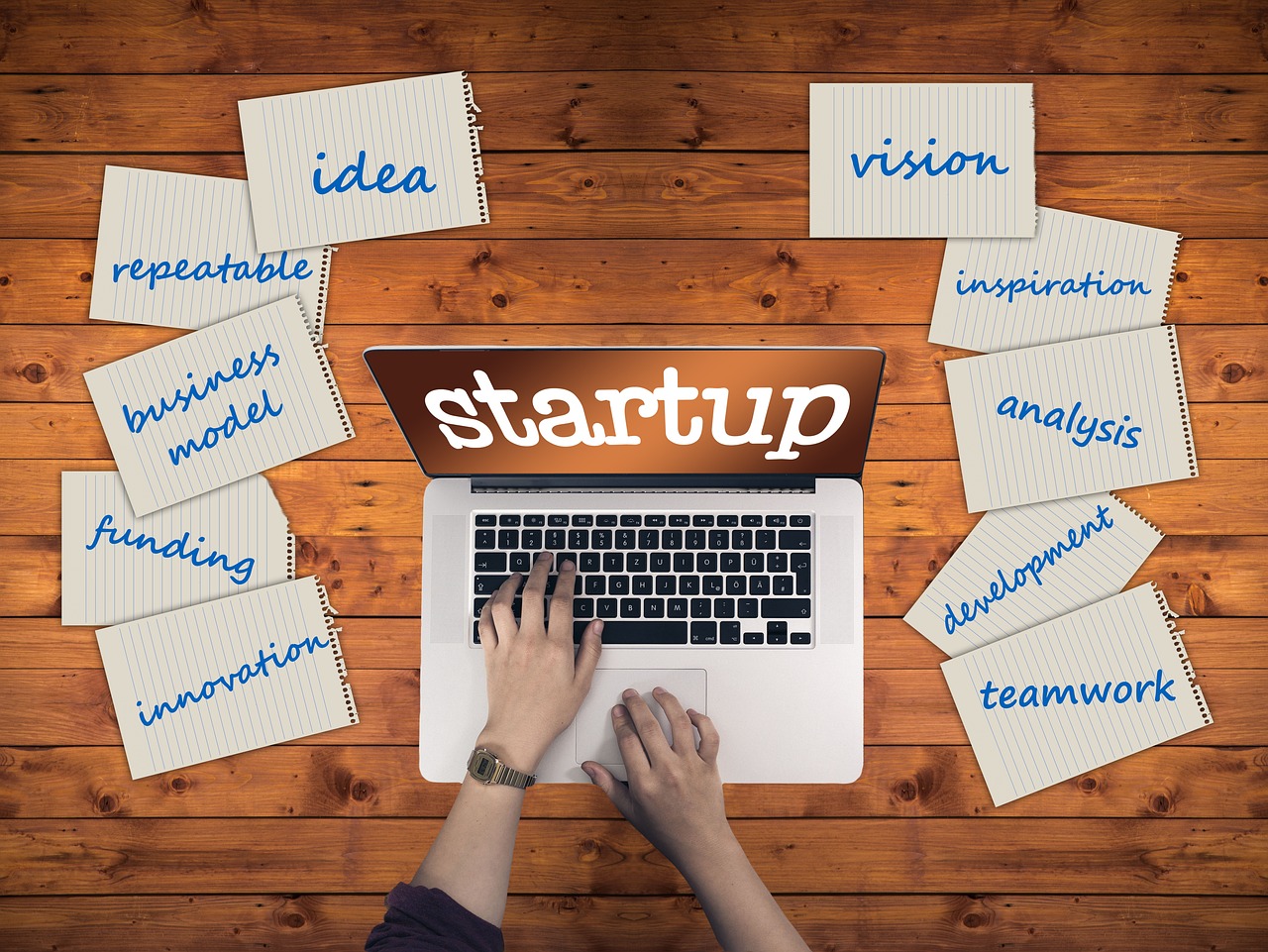 The corporate, stock exchanges, and investors have succeeded or failed over the years. Whenever a new fad grips society the entrepreneurs could be seen leading the way in profiting from the fetish. This is not a recent phenomenon but rather something prevalent for decades. Even during the industrialization period, many businesses started to gain momentum. However, they crashed and the infatuation slowly died. We have faced similar situations in past years but the Dot Com bubble burst had very notable and dire consequences.

The infatuation for the internet and computing gave rise to many internet companies that were only interested in dominance in terms of market share. They were investing heavily in advertising and reaching a higher customer base while not thinking of the cash flows. Many startups bit the dust of the bubble burst in the early 2000s. But this was not the only reason for the recession and the world’s other financial woes. Unchecked spending by banks, falling interest rates, investments in depreciating assets, and financing the NPAs all intersected at one point – the great economic fall of the 21st century sometimes called the Great Financial crisis (GFC) or the North Atlantic Financial Crisis.

Each Web corporation is known by the sector name “dot-com“. Since its valuation had increased dramatically, these enterprises, which first emerged during the 1990s, ascended to the plateau of their appeal at the beginning of 2000. The NASDAQ stock market indices, on which IT businesses are listed, increased fivefold between 1995 and 2000. The rise was particularly noticeable in the late 1990s. But following such a swift and stunning ascension, it quickly began to fall at a similar velocity before the eyes of traders. Whenever share prices are significantly inflated relative to their underlying worth, it is said to be in a bubble.

Since publicly traded dot-com companies were involved hence called the Dot-Com Bubble. Shareholders neglected the genuine worth of IT businesses in the quest for their fantasies and were ignorant of the circumstances in these businesses. The biggest ETF index dropped 78 percent out of its apex as a result. The recovery of the NASDAQ indices lasted roughly 15 years. It didn’t return to its prior levels and shatter the previous milestone until 2015. The possibility of another boom explosion worries specialists, novice and seasoned traders, influencers, and officials of significant IT corporations.

Is there a real risk?

Innovators started expanding rapidly in 2021. Emerging enterprises that provide cutting-edge technological solutions products have seen growth thanks to the coronavirus, the global move to working remotely, and the digitalization of traditional organizations. CB Insights reports that 136 businesses become unicorns in Q2 2021 solely after receiving $1B in financing. Additionally, global equity investors made remarkable investments in Q3 totaling $156 billion, up from $60.7 billion in Q2 2020. It appears that such a pattern won’t change anytime soon. Therefore, the ongoing discussion.

Many others point out that the NASDAQ indicator recently has begun to decrease (by about 7% at the onset of the calendar year). Some contend that potential fresh businesses are extremely marketable and bring big bucks, in contrast to the unsuccessful enterprises of the early 2000s. Would the startup froth, therefore, bust once more? We’ll attempt to conclude ourselves rather than focusing exclusively on the thoughts of many others.

The IT industry is currently at its most favorable stage, according to several specialists. However, because of the circular structure of the system, a downturn always follows a boom. After COVID-19 spread over the globe, the IT industry has experienced unprecedented growth. Angels and private equity financiers have started investing in fresh businesses at previously unheard-of levels. Businesses undoubtedly seized the opportunity of this tendency because they could hardly stop observing it. As a response, the number of new firms with unconfirmed revenue is fast increasing.

Shareholders are more interested in the firm’s objectives and goals in 2021 than they are in the business’s prospects. They invest funds in a startup business before properly comprehending its premise. The days of in-depth evaluations and analysis are over; judgments can potentially be taken following a 30-minute conversation with the entrepreneurs, solely depending on the magnitude of the cash and trends.

Barely a few weeks ago, the Bank of America became aware of yet additional worrying indication: the valuation of the S&P 500 continues to rise amid a clear decline in earnings over the preceding 3 quarters. According to FactSet statistics, the benchmark had been moving with a forward P/E ratio of 21.8, which is much higher than the 5-year normal (17.6) and the 10-year mean (15.8). It resulted from a competitive price spike. Furthermore, we cannot overlook the industry’s evident red warning. A high quantity of corporations beats profitability projections by over 10% in Q4 2020. We’ve previously witnessed it occurring at the pinnacle of the 2000s technology boom.

The upbeat stock trade participants maintain this stance because they think the circumstances are comparable, however, the differences are significant. The scale of the corporations whose stocks are at the summit of all indicators is the key distinction between both the bubbles. Due to a mismatch between new companies’ valuations and their revenues, the dot-com crisis developed. Simply said, all of that was merely advertising. Apple, Amazon, Google, Facebook, and other major businesses are expected to dominate the market.

Despite being probable, the demise of these IT titans is far less imminent compared to that of the many dot coms in the 2000s. Information and programming maintained a trustworthy and steady industry that rarely ceased expanding whilst the US market was struggling. The citizenry’s desire for IT companies’ commodities is too high to indicate any drop. Shareholders get the chance to study the business in addition to actual signs of company earnings and performance. Making precise estimates is much simpler today than 20 years ago, as 99 percent of businesses started losing money.

Another big distinction between 1999 and 2020 that has a significant impact on the circumstance is the US Federal Reserve System. A while back, the Central Bank announced $120 billion in asset purchases aimed to increase market stability. There is a 0-interest rate strategy in place, and it is anticipated to last through at minimum 2023. Concerning the boom of the nineties, people could not claim that. Interest rates increased to 5.85 percent by Mar 2020, which was similar to the preceding periodic high in 1995.

Reality of the bubble

One important aspect of the dot-com explosion which is frequently forgotten must be mentioned. The 2000s market implosion did not have a similar impact across all sectors. A few big tech companies declined, but not every one of them. 2000 saw a 39 percent decline in the Nasdaq Stock indices despite a 17 percent increase in the Wilshire 5000. It highlights the common pattern: in challenging marketplaces, certain regions manage to grow more lucrative than the other ones. When the balancing motor revolves, competitors arrive in the fray, including a few with really ground-breaking ideas that have the potential to transform the globe.

The economy and marketplaces are always evolving. For instance, we currently observe a tendency of moving afield from developing major corporations and IT firms. Small-size firms, value stocks, and overseas equities are replacing them.

The possible bubble is more durable and could not pop as quickly. Traders need it to safeguard their investments. There exists a bulge, although it is not yet ready to pop. It renders the present state of the marketplace so much more absurd. Even though the share values of the firms are increasing at a breakneck pace, we are currently creating a boom. The opinion is echoed by a few prominent financial experts. Overall, the conclusion can be summed up as follows: the balloon is real and therefore will collapse. Simply said, it’s unclear when.