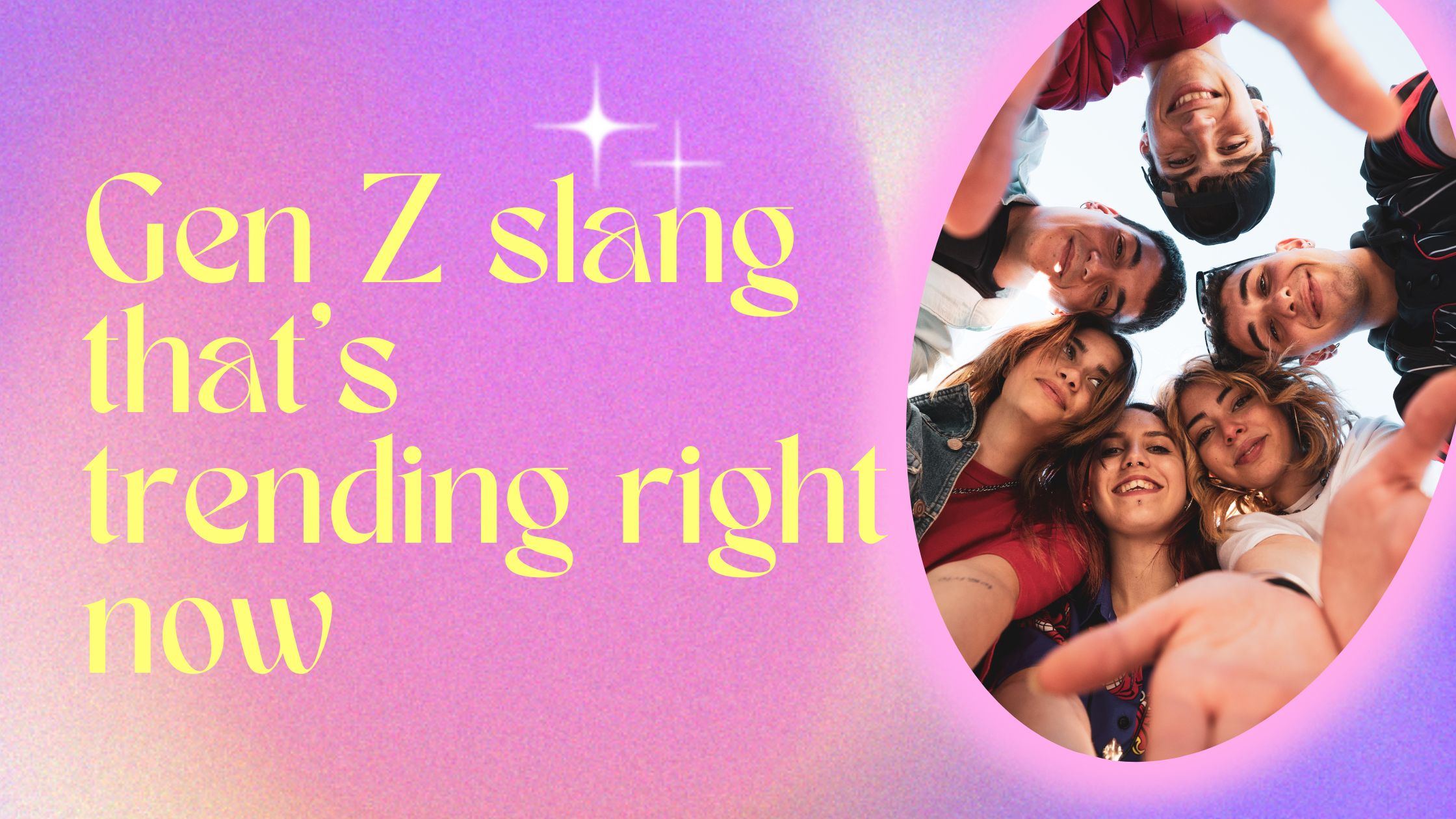 Language is something that continuously changes. But there is something that evolves even faster and that is “slang”. The Gen Z use traditional words with brand new meanings! They unroll so quickly that people find it difficult to keep pace with them. And every generation has its jargon. The popularity of social media has allowed lingos to take hold of and if you do not keep up with the latest trends you might get the FOMO – fear of missing out.

What do the Gen Z say?

If you ever heard Gen Z-ers talking, you might wonder Does that word even exist? Just like the previous generations, the kids born in the late nineties and beyond use specific words for communication, which have been added to the dictionary as well. It is tough to figure out the meaning if you are not part of that generation. Today we have brought up some commonly used argots for you to save you from befuddling moments.

It is a form of shaming to show disappointment or disagreement online for a deed by a company, public figure, or organization. It is a method of raising the voice of Gen Z and could be for something good or bad. It has existed throughout history, but it became more prevalent because of social media.

The term is used when someone is feeling awkward or embarrassed. It means moving away from someone or something due to uneasiness and being frightened.

Earlier kids used to chill, but now they vibe. It means chilling, relaxing, or enjoying the atmosphere. It is used in many situations but mostly when someone is losing himself or herself to music. The older slang from the 1960s is “a feeling or flavour of the kind specified” which is closest to the word vibe.

Many a time it happens that something just clicks or influences and inspires us on a whole new level. The correct modern terminology for this is ‘Hits Different’ which means – to have a marked effect or influence on. It is used to describe things that stand out from the crowd and give a distinct feeling.

Gen Z uses it when someone does a lot for his/her crush or for a person they like a lot. Though they did not invent it, but have found ways to use it in a different sense. It was usually used in sexist ways to insult men who are too submissive to women and want to win sexual attention from them. Many say that it is degrading to women and used to bully men. The term got viral among Tik-Tok users in 2019 and 2020.

Nineties kids use ‘bussin’ to describe something really good. Bussin has its origins in the African American Vernacular English (AAVE) and is based on various forms of ‘bust’ which means to explode, do well, and enjoy. A lot of people say that Gen Z uses it in a sense which is different from the original meaning. Younger generations use it to describe anything great from music to outfits. But in AAVE it is largely used to refer to delicious food.

The slang is onomatopoeia. It originates from the sound made by screeching tires and Gen Z uses it as an interjection. They use it to stop the other person in between a conversation to make them repeat something exciting or interesting. Skrrt is closely linked to the popularity of trap music, and it could be in use since at least 2015.

It is used to describe things that are not cool and which do not find themselves in style or are struggling to be in it. It is believed to have originated in 2013. Cheugy was used to describe people who try to be trendy but are unsuccessful and it got viral because of a TikTok video in 2021 which had 10 million views on the app by May 2021. Now the slang finds itself cheugy because the jargons change very fast.

Now you know some of the slang kids use while having a conversation. You will not have the fear of missing out on these or you will not be bewildered when you hear any of them while talking to a Gen Z-er!

Previous Posts 12 signs you’re a book lover!
Next Posts Payal's amazing superpower is cooking for a cause and spreading smiles