Ideas that went from science fiction to reality 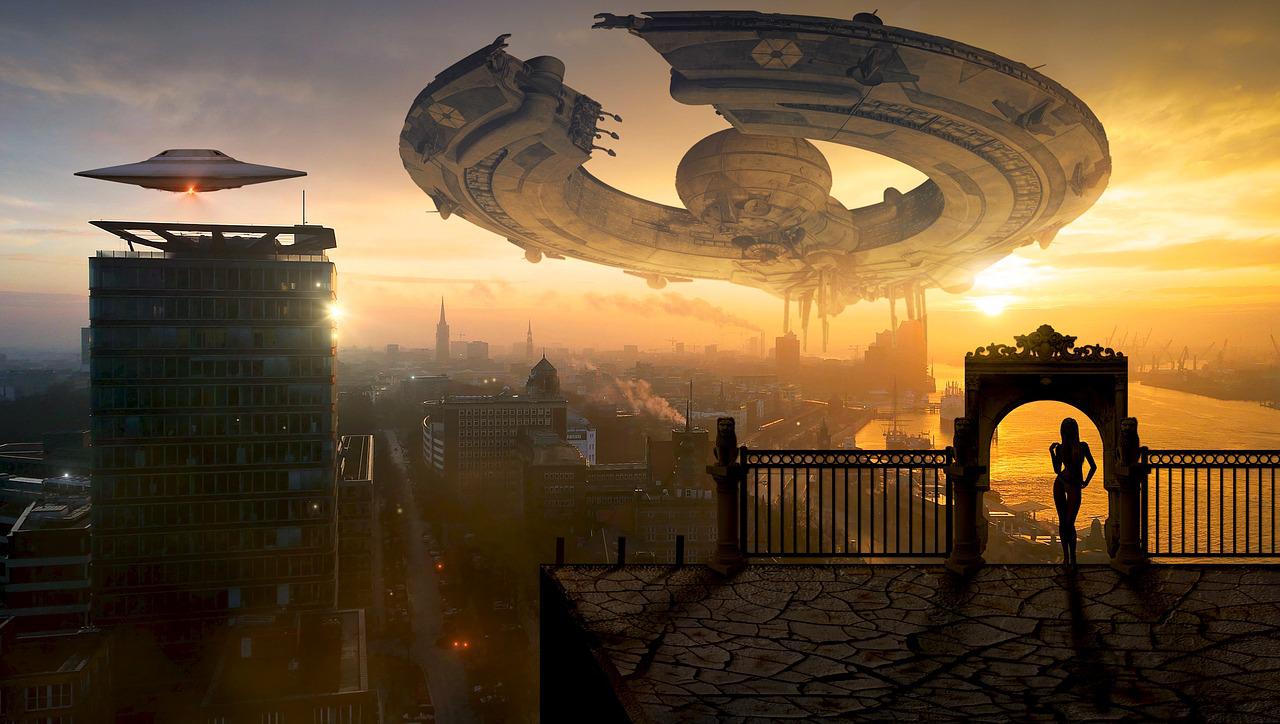 There are two broad camps of thought, one that identifies the genre’s roots in early fantastical works such as the Sumerian Epic of Gilgamesh (earliest Sumerian text versions c. 2150–2000 BCE). A second approach argues that science fiction only became possible sometime between the 17th and early 19th centuries, following the scientific revolution and major discoveries in astronomy, physics, and mathematics.

The term science fiction was popularized, if not invented, in the 1920s by one of the genre’s principal advocates, the American publisher Hugo Gernsback. The Hugo Awards, given annually since 1953 by the World Science Fiction Society, are named after him.

We have quite a few fans of the genre in our community too. Take a look!

A medium for futuristic imagination

Science fiction has always been a medium for futuristic imagination and while there are many far-fetched ideas yet to venture into the real world, there are plenty that have made it to tangible realities!

Some creative inventions that have appeared in family-favourites like Back to the Future, Total Recall, Star Trek, Star Wars to name a few are now at the forefront of modern technology.

Tech that went from science fiction to absolute reality

You read right! Try asking your Alexa device to “beam you up”. Well, she won’t actually teleport you, but she’ll give you the vibe.

Okay, to business. From Star Trek: The Original Series, the idea behind “beaming” someone up was that a person could be broken down into an energy form (dematerialization) and then converted back into matter at their destination (rematerialization). This method of transportation has been around in the movies and series before that.

Scientists sure can’t teleport people yet, but they have been able to teleport ‘photons’ or balls of energy. This teleportation is based on a phenomenon known as quantum entanglement. It is a condition in quantum mechanics where two entangled particles may be very far from one another yet remain connected so that actions performed on one affect the other, regardless of distance. The information exchange between the two photons occurs at least 10,000 times faster than the speed of light. Woah, right!

From Star Wars: Episode V — The Empire Strikes Back. Even though using prosthetics had been common for a long time, Star Wars sparked an idea for bionic prosthetics. After losing his hand, Luke Skywalker receives a bionic version that has all the functions of a normal hand. This scenario is now very much possible.

Researchers from the Georgia Institute of Technology in Atlanta, Georgia, have been developing a way for amputees to control each of their prosthetic fingers using an ultrasonic sensor. This technique uses machine learning and ultrasonic signals. Brilliant, we think.

Yes, yes, this too! In Blade Runner, digital billboards were used to decorate the dystopian metropolis of Los Angeles. While scanning the skyscrapers, a huge, digital, almost-cinematic billboard appears on one of the buildings.

Digital Out Of Home — is a company dedicated to providing live, dynamic advertisements through the use of digital billboards. Andrew Phipps Newman, the CEO was intrigued by this pre internet concept which led to the formation of DOOH. Digital billboards have come a long way since and they have taken advantage of crowded cities to utilize this unique advertising tactic.

The Blade Runner story heavily revolves around the idea of synthetic humans, which require artificial intelligence (AI). Rick Deckard (played by Harrison Ford) can only distinguish the AI and real humans by a Voigt-Kampff test.

Of course, there is that worry about potential fallout of giving computers so much intelligence. Many science fiction works have talked about the disasters that followed when that happened. But AI has some very useful applications in reality. For instance, astronomers have trained machines to find exoplanets using computer-based learning techniques. Through the enormous amounts of data collected, AI can identify the telltale signs of an exoplanet lurking in the data.

So perhaps, AI can help us find life outside earth and then even aliens, space travel and so much more from science fiction can become a possibility.

Check this reel for three more science fiction tech that turned to reality.

The big question, is science fiction turning into reality?

All of these innovations in tech are proof that there are many chances of science fiction becoming a reality- maybe not in the exact same way it is portrayed in the stories we watch and read, but almost close.

What we can say for sure though is that science fiction is very much inspired by real life, the challenges we face, the social issues and through that we are able to address technological change, existential risks, and cultural crises that may define our future.

Besides providing ideas for future inventions, science fiction also serves to have an impact on today’s world as well which make it an evocative tool to spark interesting conversations and spread awareness, and most importantly be open to possibilities and like they say in Star Trek,

...to explore strange new worlds. To seek out new life and new civilizations. To boldly go where no man has gone before!

Which is why it is one of our favourite genres!

Wrapping up, here are some underrated science fiction movies and genre bending content you’d absolutely love. Also, catch the entire fun chat we had with our community here.