Of the many amazing achievements in India, here is the first Hindi novel to win International Booker Prize 2022 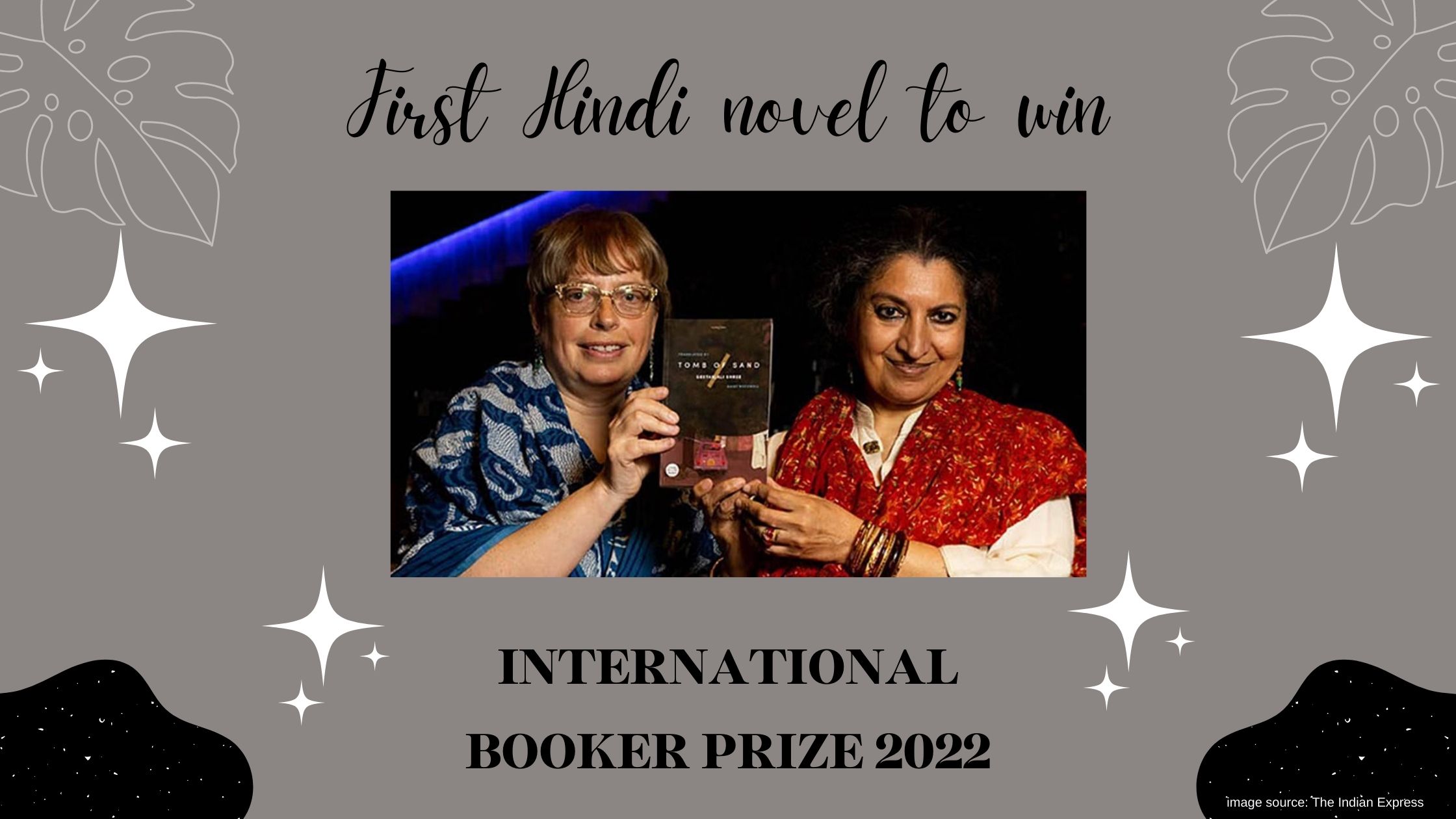 Delhi based author Geetanjali Shree’s novel Tomb of Sand originally Ret Samadhi was translated by Daisy Rockwell and is a story about a boundary-crossing 80 year old heroine. It is a story that examines boundaries between nations, religions and genders.

Tomb of Sand is the first Hindi novel to win International Booker Prize!

Here’s a glimpse of what it’s about, sourced from Amazon:

In northern India, an eighty-year-old woman slips into a deep depression after the death of her husband, and then resurfaces to gain a new lease on life. Her determination to fly in the face of convention – including striking up a friendship with a transgender person – confuses her bohemian daughter, who is used to thinking of herself as the more ‘modern’ of the two. To her family’s consternation, Ma insists on travelling to Pakistan, simultaneously confronting the unresolved trauma of her teenage experiences of Partition, and re-evaluating what it means to be a mother, a daughter, a woman, a feminist. Rather than respond to tragedy with seriousness, Geetanjali Shree’s playful tone and exuberant wordplay results in a book that is engaging, funny, and utterly original, at the same time as being an urgent and timely protest against the destructive impact of borders and boundaries, whether between religions, countries, or genders.

What’s the International Booker Prize all about?

International Booker Prize is given to an author for their work written in an international language, then translated into English.  First known as Man Booker Prize, this was established in 2005 and between that year and 2015, it was given every two years to a living author of any nationality for published works in English, or works that have been translated in English.

In 2016 it became an annual event for a single book translated to English. In 2019 it was renamed to International Booker Prize. The prize money is £50,000 ($63,000) and it will be split between Shree and Rockwell.

Were any Indians nominated before Geetanjali won?

So far 6 Indians have been nominated for the prestigious award:

A word from Geetanjali

Geetanjali Shree is elated as we are and in her acceptance speech, she expresses:

“I never dreamt of the Booker, I never thought I could. What a huge recognition, I’m amazed, delighted, honoured and humbled”

64-year-old Shree is the author of three novels and many short story collections. She has translated her works into English, French, German, Serbian, and Korean.

“…We were captivated by the power, the poignancy and the playfulness of Tomb of Sand, Geetanjali Shree’s polyphonic novel of identity and belonging, in Daisy Rockwell’s exuberant, coruscating translation. This is a luminous novel of India and Partition, but one whose spellbinding brio and fierce compassion weaves youth and age, male and female, family and nation into a kaleidoscopic whole.”

Geetanjali’s win, as she says is not just about her, but a language, a culture and brings into larger purview, the rich world of Hindi literature and this prize will take it to more people than it would have otherwise reach!

If you want to share anything on a topic you care deeply for, send us your submission. Here are the guidelines.

Previous Posts Did you know you can overcome 5 problems women face at the gym?
Next Posts <strong>Key Benefits Of SEO For Your Small Business</strong>