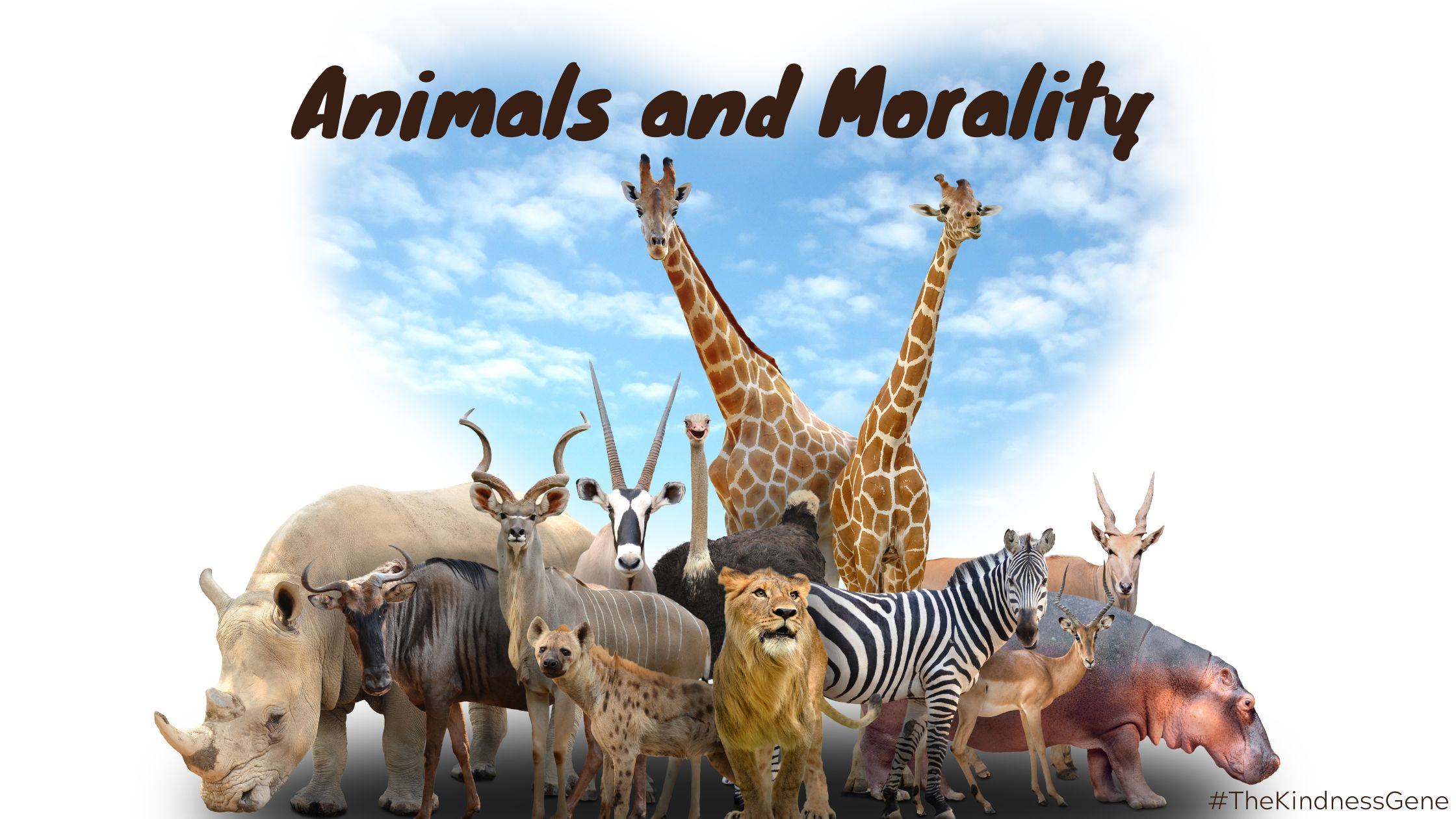 Researchers have frequently claimed that pets primarily cuddle to obtain yummy food. However, according to a recent piece, numerous beasts have a moral compass and experience love, grief, fury, and empathy.

Many experts assert that morality in humanity is independent of faith. Several sources giving proof of morality, such as empathy and generosity, precede the arrival of religious practice by centuries. These attributes co-evolved in non-human creatures in addition to mankind according to considerable studies on animals, especially bonobos and chimpanzees, who are closest nonhuman cousins.

Acclaimed primatologist Frans de Waal cites research proving animal kindness in his work The Bonobo and the Atheist. One finding demonstrated that a chimpanzee will choose to eat meal rewards with some other chimpanzee over keeping them all for himself when given the option—until he is aware that the second chimp obtains the incentive.

Another rat test confirms that when offered the option among two compartments containing candy while the other containing a confined rat that seems to be in distress—the rat will attempt to assist the imprisoned rat before actually going in pursuit of the candy. This kind of study demonstrates that ethical decisions are made by creatures and that biological evolution cannot account for all of their behavior.

Numerous research studies contend that sociable species like rats, dogs, and chimpanzees can make moral decisions. We also owe them ethical favors since they are sentient creatures.

According to certain studies, creatures react with fury whenever rules are broken. Chimpanzees who disobey social standards may be punished by other chimps. Bluebird males that see their female mates leave might punish the female.

There are several instances of creatures acting in purportedly kind or sympathetic ways to other creatures as well as people. In one study, rhesus monkeys that required food declined to zap their peers with electricity in exchange for food. In a different research, Binti Jua, a female gorilla, saved a 3-year-old (human) kid who had wandered unconsciously into her cage at the Brookline Zoo in Illinois. She shielded the kid from the other gorillas and even called for assistance from people. When a dog was hit by a car and injured on a bustling Chilean road. The dog’s companion risked their life to drag the wounded dog to a safe zone.

Not all concur that these behaviors are ethical. One of the most prominent instances is when a dog displays a regretful expression after eating a banned meal, which may not actually be an expression of regret but rather the dog reacting correctly to its human’s dissatisfaction.  Additionally, it appears that creatures do not even create or abide by laws that don’t benefit themselves or their group, indicating that they are not rational creatures.

People, on the other hand, are subject to a variety of social stigmas, including those against consuming particular foods, blaspheming, etc. Wildlife’s emotions might not be the result of deliberate decisions but rather of intuition and hardwiring.  Although they appear to us as ethical actions, really aren’t based on the same intellectual and cultural prowess as humans.

Elephants engage in a variety of complex wildlife social rites. When a favorite troop member passes away, the survivors will grieve and cremate the carcass in foliage & grass and keep a watch over it for the next week. Elephants will keep visiting the remains of the deceased elephant for many years to come, much as people do with their dear ones’ cemeteries.

Rodents are empathetic critters that appear unclean as they run through the muck of dustbins or commuter rails. In a well-known 1958 study, starving rats who could only eat if they shocked their littermates with a lever, refused to do so, indicating that the creatures may exhibit sympathy and sensitivity for one another. A further experiment indicated that rodents would wince when their fellow mates were in discomfort, but only if they recognized the rodent properly. This study was released in a scientific journal in 2006.

Dolphins frequently display affection for other creatures. Many dolphins have saved divers from hammerhead sharks in instances of kindness. Even trapped whales have been led to the ocean by a few kind dolphins. The cetaceans, like humans, have a give-and-take philosophy that calls for regular giving and generosity. However, they reserve the majority of their benevolence for those in their group.

These examples reinforce the notion that creatures have a moral sense. The fact that animals may act on certain types of feelings, is just what people believe is at the core of conscience. Parents have an irresistible urge to aid their offspring, although instinct is at play; nonetheless, this does not render the desire any less ethical.

A moral compass is not necessary for morality. For example, a 3-year-old toddler will feel bad for taking their playmate’s toy even though they may not be able to define the concept of good and bad.

It all comes down to a person’s beliefs and ethics. If one believes animals have moral consciences, or #TheKindnessGene, then humans have to handle them with respect.