Misters Kuru: A Return to Mahabharata by Trisha Das

Draupadi, Amba and Kunti are well settled in their modern-day Kalyug in New Delhi. So, imagine their surprise when, completely out of the blue, Yudhishtra, Bhima, Arjuna, Nakula and Sahadeva - the Pandava brothers - drop into their world from the heavens. What follows is even more laughter and tears as new battles are fought, old fires are rekindled, and the men find their place in the modern world. If you thought the women had the adventure of a lifetime in Ms Draupadi Kuru: After the Pandavas, the men from the Mahabharata will certainly give them a run for their money. One thing is certain - by the end of their visit, nothing will ever be the same again.

Trisha Das is the author of The Mahabharata Re-imagined, The Art of the Television Interview and the internationally acclaimed How to Write a Documentary Script. She has written and directed over forty documentaries in her filmmaking career. Trisha has also won an Indian National Film Award (2005) and was UGA's 'International Artist of the year' (2003). 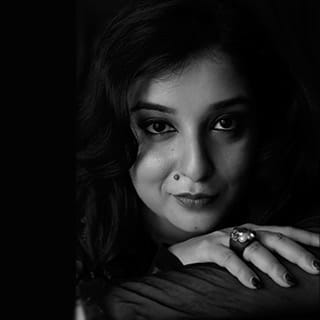 Misters Kuru is not your average mythological fiction. This is a book interspersed with plenty of wit, astute observations and excellent character development of the Pandavas in the Mahabharata.

Trisha Das got the women from the Mahabharata out of the heavens where they felt bored and purposeless and gave them an exciting life on Earth in Ms Draupadi Kuru. In Misters Kuru, it is the turn of the men, the Pandava brothers to drop down to the mortal world. Having been in Heaven for thousands of years, Arjuna discovers that his wife Draupadi, mother Kunti and charioteer Amba have been gone for a while, to lead a life with the mere mortals. Out of a concern for their safety and a sense of grude, the 5 brothers along with Narad Muni decide to go and convince the women to get back.

What happens next is a laugh riot, with plenty of adventures, twists and turns that include finding closure for the issues that have haunted these people for ages. The regrets, longings and the sense of injustice they have carried finally get the attention and the resolution they deserve.

There is a breaking-away from how things are done in Heaven and indeed in their previous birth, an adaptation to the modern world and its ways, an acceptance of how life and values are in the Kaliyug. There'a also strife and redemption as the Pandavas finally find their purpose on Earth. The conundrum is whether to go back to Heaven or to stay on.

Contemporary themes, issues and concerns are woven in the storyline that never lets up its pace, making the book an an out-and-out entertainer.

Read the reviews from the community here.