How PediaSure India is bringing science to define #GrowRight at #GrowthSummit

Last week I was invited to attend the Abbott Nutrition Health Institute’s 4th Annual Global Growth Summit, an event platform that brings people from multiple disciplines to discuss childhood nutrition and growth. This year, Abbott added another stakeholder to this conversation and platform – Digital Advocates.

We know companies today consider digital to be an active arm of amplification but people at Abbott took this digital advocacy literally to the next level.

They took Blogchatter as digital advocates to the very core of what they do –  bringing Science into everything they create at Abbott.

When we discuss childhood nutrition and growth, a lot of our conversations are either based on things we hear in families, articles that spring up online or sometimes even some hearsay that we pick up randomly. But to watch a company so committed to converting this conversation into an element of science and science alone was not only reassuring but also perhaps evoking.

At the summit, I learned that childhood growth is a factor of key aspects that include Measuring Growth and Understanding Nutrition.

One of the most interesting case studies from the Summit was in fact that presented by Dr Robert Murray, showcasing how a sample set of children across geographies (India,  Tehran, USA, Africa) were placed under a controlled environment – with same nutrition, environment and nurturing for a period of few years. At the end of the experiment, it was observed that all children had in fact grown in the same way and to the same height and weight – thus downplaying the role of race or genetics in early years.

For example, during the summit balanced nutrition was showcased as a function of energy and building blocks as below: 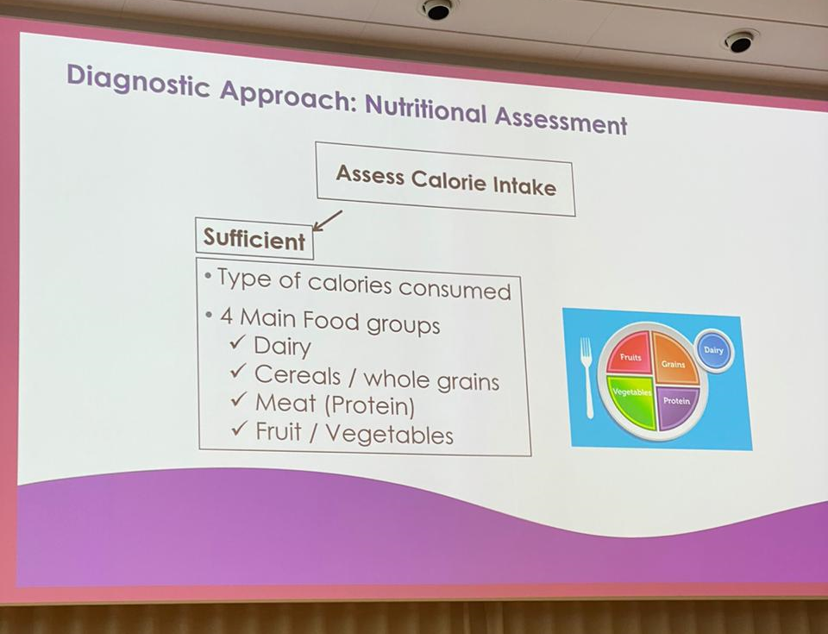 Further, the Growth Plate was discussed in detail as an aspect of food groups and its importance in the right nutrition: 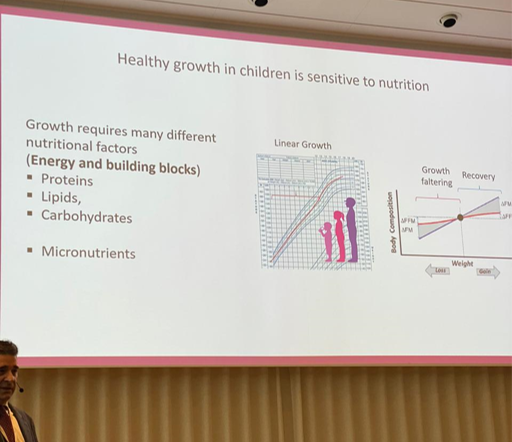 As part of our discussions around PediaSure India Grow Right program too, we have been discussing how nutrition when combined with right nurturing and environment can create optimized growth and this particular example by Dr Murray reinforced our learning and understanding of that notion even more.

Next day’s sessions included Dr Andrei S Chagin and Dr Ola Nilsson’s in-depth research on linear bone growth. While the former took us through the idea of bone growth is a function of stem cells regeneration, an idea that completely revolutionizes the way we visualize growth now. The latter helped us see bone growth as a growth plate and helped us trace the steps that create the same.

Speaking of growth – identifying the right metric and then measuring it accurately forms the crux of the issue at hand. And there was ample discussion around the same at the Summit.

While Dr Marion Aw took us through the errors that hospital staff (or even guardians) incorporate while measuring height and weight gain, Dr Susan Ramen helped us view growth not as a function of height and weight but as a measurement of MUAC (middle upper arm circumference).

It was with Dr Ramen’s session that I got completely excited, to see that measuring growth can perhaps become an easy metric for mothers and fathers everywhere to view, told me this had to be spoken at length back home in India.

After her sessions, I reached out to her and discussed the idea of using MUAC as a metric for Urban Mothers to measure growth as a self-correcting graph for children.

In between during coffee breaks and lunches, I could see that many of the attending doctors and nutrition experts would reach out to the speakers to discuss what may be their side of problems or difficulties in viewing growth. And some of those conversations would become even more interesting and engaging than the sessions themselves.

The idea that the Global Growth Summit should now become a platform for action could not be more mirrored than this very informal chatter in itself.

The next day both sessions spoke at length about children who have had a health episode or a hospital visit. Understanding nutrition in such cases is even more crucial because catch up growth for these children becomes critical. Studies have proven that even two to three days of hospital stay can harm a child’s growth trajectory and intervention is necessary from clinical as well as parental perspective.

The Summit’s closing remarks were given to us by Carole Glencorse, registered dietitian and regional medical director Abbott who not only thanked all for coming to the event but also congratulated us in becoming “Growth Ambassadors 2020” – furthering us to continue this conversation into action points back in our homes and clinics.

She even showcased the 2020 calendar that they have planned to continually sustain the conversation around Growth and Nutrition and to help doctors, nutritionists and parents everywhere build their action plans all through the year.

When we speak of becoming Growth Ambassador 2020, we at Blogchatter have been championing this thought throughout last one year, by being involved with the PediaSure India Grow Right initiative, touching upon conversations around nutrition, healthy environment, activity and impact. We have generated many blogposts through our bloggers discussing real and physical manifestation of this conversation. We have held sessions, live interactions, even emailers to cement the learnings that we have received through this drive.

PediaSure India and Abbott’s commitment to further this very message to the core of everything can be mirrored in the fact that they along with bringing stakeholders such as doctors, nutritionists – included digital advocates on the same platform to ensure that a complete 360 degree integration of their Grow Right message and implementation is carried out.

There is a lot to the thought around PediaSure India Grow Right and we will be bringing in more from the Summit for you all this week. Watch this space.

SNAPSHOT OF THE SUMMIT