The Curse of Kuldhara by Richa S Mukherjee: An Excerpt

‘There’s no dearth of information if you know where to look,’ Yatish announced with a swagger. ‘My cousin stays in Bhatinda. Between the lassi dukaan, the barber and the old men smoking hookahs and talking about the “good old days”, he had all the information we need.’ 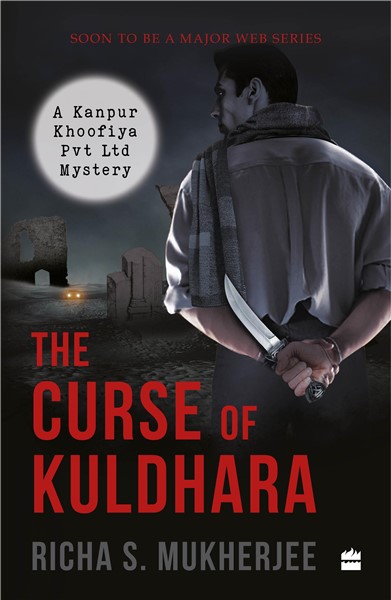 The digging had revealed that Paramveer Khattar had a penchant for trouble—drugs, skirmishes, money scams that his father would cover up, he finally landed in jail. After his father threatened to disown him, he checked in to a rehab centre and cleaned up his act. At this point, the family moved bag and baggage to Jaisalmer. The movie project was his way of proving his worth to his father so that he can secure his place in the party.

‘It turns out that there is a production unit making inquiries about equipment and labour in and around Jaisalmer. But ... ummm ... the locals say that this production is cursed,’ Yatish said.

Yatish dropped his voice. ‘About eighteen kilometres from the city, the shoot location is a haveli in Kuldhara village. Legend has it that centuries ago all the inhabitants of this village abandoned their homes overnight and disappeared. Ever since, it has been considered a terrifying and inauspicious place.’

Vidya stroked her arm inadvertently to discover goosebumps on her skin. She looked at Prachand and knew that his mind was churning as fast as her stomach.

‘I think we should go,’ Prachand announced.

‘Of course, Viddu. Haven’t you been trying to convince me all along? You’re right.’

Vidya looked nonplussed. ‘I’m right, huh? Just when Yatish announced that we are to travel to a cursed village?’

‘That’s the very reason I want to go, Viddu!’ ‘What are you talking about?’ Yatish asked.

Prachand turned his placid gaze on the inquisitive Yatish. ‘Can’t you see it? All this while, I was reluctant as I didn’t know of a problem. Whatever would I do on a film set? But now I’ve found a mystery to solve. It’s the curse of Kuldhara!’

‘Excerpted with permission from The Curse of Kuldhara by Richa S Mukherjee, HarperCollins India, Rs. 299’

the curse of kuldhara Thriller