4 Things to Keep in Mind When Writing an Epistolary Story

I realized I loved the dialogues exchanged through chat/texts when I read 'I've Got Your Number' by Sophie Kinsella in 2011. It was not an epistolary novel, but the protagonists communicate through texts for some funny reason, and I still remember how I enjoyed reading those chats.

Some five years later, I found a book on Kindle ―Love Virtually by Daniel Glattauer (translated from German. Translators: Katharina Bielenberg and Jamie Bulloch). I read the sample chapter and immediately ordered the paperback. I finished the book pretty quickly, and it made me restless. Not because I didn't enjoy it, but because I loved it, and I had no idea it had a sequel, which I wanted to read as soon as possible.

That was my introduction to epistolary novels. I couldn't believe I enjoyed reading emails, just emails! I was fascinated by this format. As a reader.

When I read The Meeting Point by Olivia Lara, and The Flatshare by Beth O'Leary, this format struck me again. This time, as a writer. These books are not epistolary novels, but notes/texts have a substantial role to play, and for me, that was the highlight of the books.

I suddenly felt like writing an epistolary story, and the feeling was so intense that I began to write and, to my great surprise, finished writing the story in a single sitting.

'Epistle' means a letter, so epistolary fiction is a story/novel written in the form of letters. In this modern age of the internet, email/direct messages can work. I wrote my story as Instagram direct messages.

But, let me tell you, it's tricky and challenging—to tell a story without any descriptions and proper narrative.

So, here are four things you need to keep in mind if you plan to write an epistolary story. 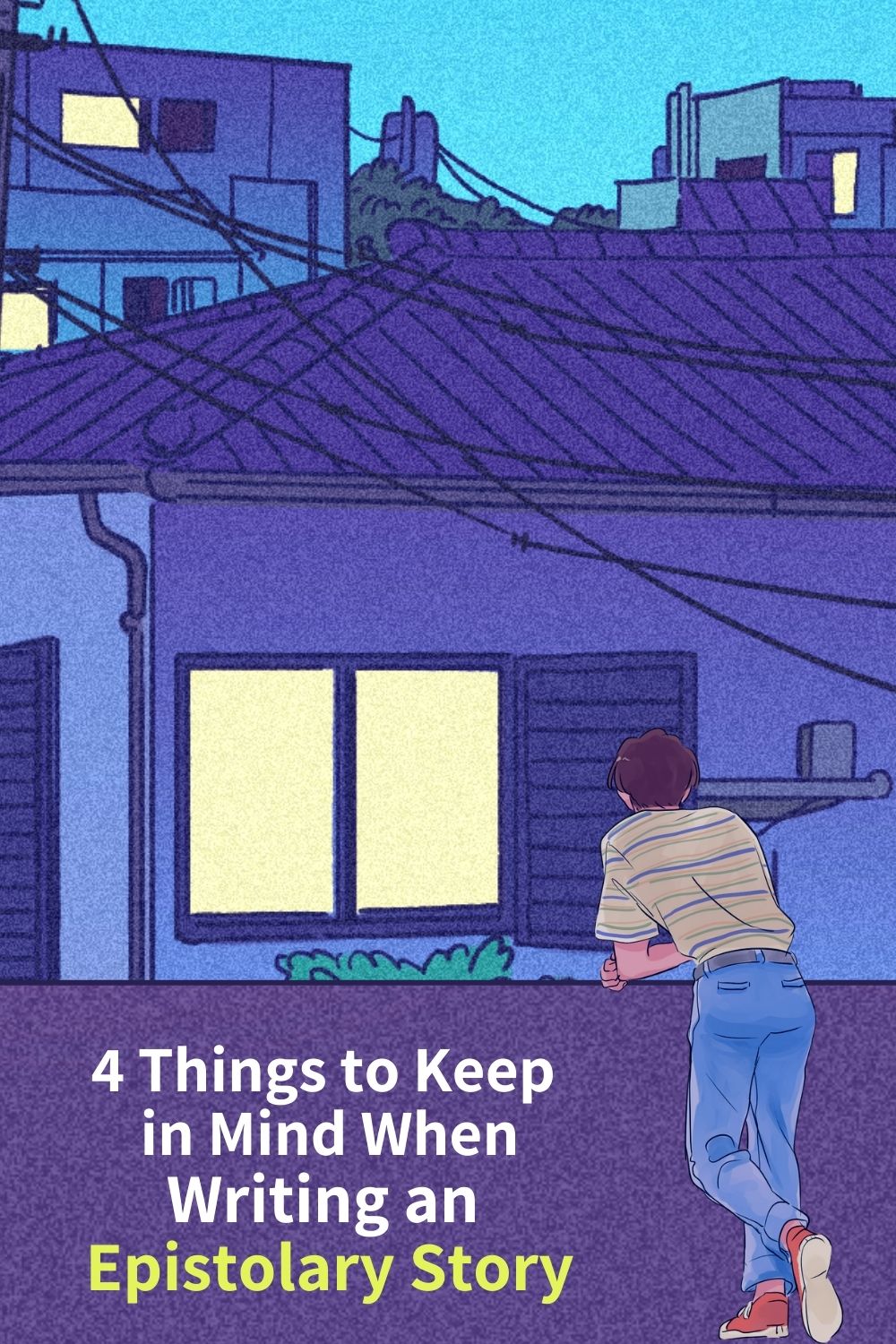 Understand that you are dealing with dialogues, back-to-back dialogues.

Dialogues, I feel, are one of the most significant factors that make a story more interesting. Moreover, they tell you a lot about the characters, more than their appearance. Therefore it's crucial to keep them interesting and engaging. Wit and humour work wonders. Come up with witty one-liners.

Avoid long messages, however, you will need to write some longer messages. Why? I'll tell you in a while.

Don't be formal, unless you are writing old-fashioned letters. Think about how you write the messages on emails/Whatsapp etc. Wait! Never use the supremely annoying text lingo. It's a story, after all. The language must be neat and crisp.

Although you are writing only dialogues, there has to be a captivating storyline. And, the story needs to move forward with the messages. You will have to write long messages ― past references/ongoing incidents in the lives of the respective characters ―to sketch a substantive storyline.

As I said, dialogues tell a lot about the characters, it’s important to keep the voices distinct. It would be, kind of, your character description. I would advise you to use just two characters. Using multiple characters and perspectives might complicate the storytelling.

Even if only two characters are communicating, it's not that you can't include other characters. The protagonists have personal lives; you can pick the secondary characters from their lives.

'Can't believe you advised my cousin's friend to talk to me! I'm flooded with her frequent calls and messages!'

What about the appearances of the characters, setting, and time?

I know you can't write - 'It was a crisp, misty December morning...' but you can indicate time in various ways.

The obvious way is to start the messages like ― March 12, 6:30 pm/the next morning etc. Apart from that, you can mention it through letters/messages.

'It's raining, and it reminds me of the day when I was unwell and you visited my home for the first time...'

It's a complete story, not just conversations. The characters might have met somewhere; they must have noticed several things when they met, right?

'You are looking beautiful. Did I tell you that the peach colour suits you? It merges with your complexion.'

'Yes, I am here, in the same bookshop, but you're looking in the wrong direction. I do have ideas to look at you without really looking at you.'

This format can work wonderfully if you're writing romance, however, it would be interesting if you try out a mystery. For example: The Appeal by Janice Hallett. It is a crime/mystery, told through evidence such as text messages/emails/notices/legal transcripts, as two law students try to identify the killer (I haven't read it, found the details online). Also, to some extent, The Cold Truth by Nikhil Pradhan.

You must read the stories in this format before you attempt writing one. If you're trying for the first time, try writing a short story or novella. A full-length novel can be challenging.

I told you it's tricky and challenging. Did I tell you it's fun? If you do it cleverly, it can be a super fun read for the readers. And, did you notice it's written in the second person perspective?