Favourite monsoon reads you can choose from 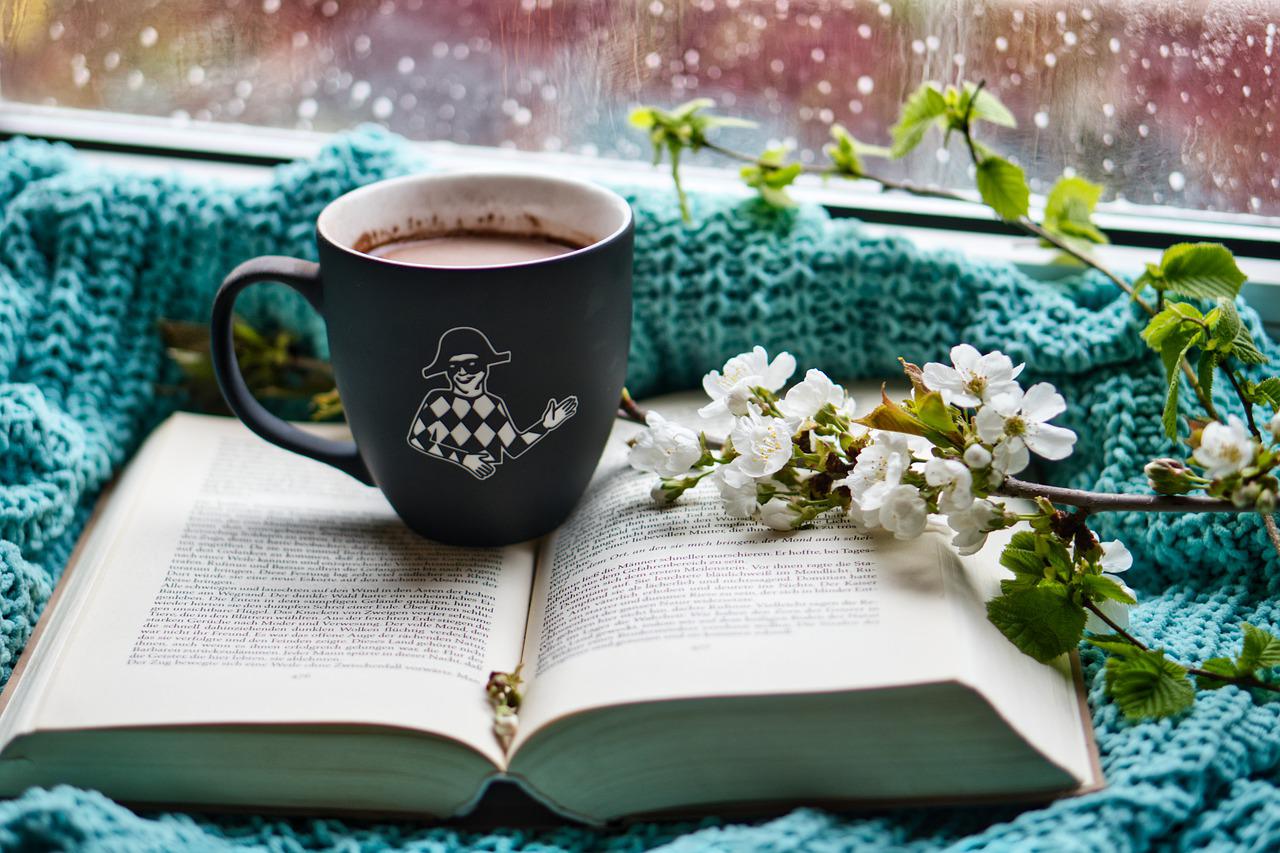 Hardly anything puts us in the feeling to snuggle up with literature like the monsoon season! Whenever it rains, novels ring. Books are ideal for cuddling up at your residence on a wet day. Close your eyelids and consider what you will like to do if you had been cosy indoors in your free time. One of the possibilities you thought about included a warm quilt, the comforting embrace of a nice couch, and a book to read. Rainy weather is regarded as the nicest period of all. Why don’t read an excellent story when you have nothing to do and wish to chill. Set your mood in the company of a novel along with hot, fiery appetizers in addition to the pouring rain!

Senior Sergeant Joona Linna becomes intrigued by a horrific triple crime in Tumba, Sweden, and requests to look into the killings. The youngster whose relatives were murdered in front of him is the sole survivor, and the murderer continues to roam free. The person that performed the acts intended for the youngster to perish since he had well over 100 stab injuries and had gone into trauma. Linna, who is in urgent need of knowledge, solely perceives hypnotherapy as a solution. He hires Dr. Erik Maria Bark to hypnotize the youngster to identify the murderer from his perspective. It is the kind of morally problematic & psychologically damaging activity for the doctor who has vowed he will not ever pursue it. A protracted and horrifying series of incidents start to unfold when he betrays his word and hypnotizes the subject.

The Hypnotist has become a global hit and is slated to be released in 37 nations. It has topped sales charts in France, Holland, Germany, Spain, Italy, and Denmark.  This suspenseful novel captivates readers from the opening page, blending the narrative fervor of The Silence of the Lambs with the engrossing intensity of the Stieg Larsson series.

The Legend of Suheldev: The King who Saved India

The book “Legend of Suheldev” chronicles the tale of King Suheldev of Shravasti, who felt inspired to undertake guerilla combat with Mahmud of Ghazni and his Turkic army after seeing the theft and devastation of the majestic Holy place in Somnath. Mahmud of Ghazni gained the support of many ancient rulers after he pillaged northern India, forcing them to join his alliance.

None dared to resist the widespread terror of the Turks because any who did would have been ruthlessly killed, their ladies as well as girls defiled, and entire possessions auctioned. The Turks introduced a terrible fresh concept of Offensive operations sans moral fiber. They were headed by Salar Maqsud, the brutal army commandant. Warfare served as a metaphor for cruelty and barbarity. Hindus and veneration were viewed as feeble, ignorant, and blind. An adolescent stands up, furious. Conquerer Suheldev, a devoted follower of Lord Shiva, swears to exact revenge for that crime as well as similar injustices. He makes alliances and defends towns against getting pillaged while traveling across the Indian Subcontinent with his troop of soldiers well camouflaged.

The author pinpoints our individualism and polarising ideology as the primary cause of our defeat versus the Turks using operational and geopolitical strength in addition to the force, making us understand that the issue is the conflict in the face of a mutual foe, not the moral standards of ethics or our lesser abilities.

Alicia Berenson, a very well artist in The Silent Patient, killed her spouse 6 years ago and has never uttered anything since then. Alicia was tried shortly when he was discovered strapped to a seat with bullet holes in his body. A psychiatrist named Theo Faber wants to help Alicia and figure out what led Alicia to murder her spouse. The only piece of information the doctor has is a picture she finished. She gave it the moniker Alcestis following a Greek mythological character that gives her existence to protect her spouse.

People loved the stunning climax inside this thriller The Silent Patient because it was a fast-paced novel that was also intriguing and exciting. Just the type of story someone can snuggle over on the sofa with on a chilly, dismal afternoon, then appear sometime later, wondering, “Gosh! What just happened?”

Before I Go to Sleep

This is a narrative of Christine’s quest to recover her remembrance.

It is an amazing mystery of a lady who has a serious kind of forgetfulness, which causes her to lose a lot of her recollections each day she goes to bed and gets up believing that she is still in her 20s. The lady seems to have no memory of the event that gave her this problem or the reality that Ben is her spouse. Ben recounts the scenario to Christine each day, and she stays occupied at the residence till Ben comes from work. One fine day she receives a call from a youthful physician who wants to check and aid Christine in regaining her thoughts.

Her partner forbids Christine from visiting any other physicians out of concern that this would ‘anguish’ her unnecessarily, so she begins to meet him discreetly. He advises her to keep a daily journal of all she learns so that she may visit it in the future. Christine begins to recall even more of her life, and as she goes over old handwritten notes, she begins to question the credibility of the individuals she previously trusted.

The Day of the Jackal

Charles de Gaulle, the leader of France, gave Algeria up to Algerian patriots following decades of French combat and fatalities. A radical organization in France known as the OAS was created to kill de Gaulle as a result of his terrible judgment. They must employ a competent killer who is hidden from the French officials if they want to kill the President. The three top OAS officials got a skilled executioner, after an assault on President’s life failed. The recruit wants to finish the assignment in exchange for plenty of cash to live it up in retirement. The book details his thorough preparations for the alleged murder of de Gaulle, known by the alias “the Jackal” or “chacal” in French. A French detective follows the Jackal from the moment he begins to plan until the exact day of the intended execution. The inspector, Claude Lebel, follows the Jackal where ever he goes.

Forsyth creates the appearance of authenticity by using his calm, aloof language, providing the audience the impression that they are reading about a genuine murderer, a true storyline, and a genuine pursuit.

The Spy Who Came in from the Cold

It shows British agent Alec Leamas being dispatched to East Germany under the guise of a fake dissident to spread lies against a top East German intelligence officer.

Alec Leamas is a British covert operative who transforms into a second spy to take out the chief of the Communist intel service in East Germany in this tale of Wartime spying in a fragmented Germany. But he finds himself exposed before a concealed tribunal that wants to make his identity public.  As he realizes that nothing is as it appears, his social and work loyalties are put to the test. The book examines the people involved in Cold War reconnaissance in the 1960s and the risk and mystery surrounding it.

In Hari Haran’s A Puppy’s Guide to Indian Religious Wisdom, the topic of whether nuance and depth can be presented sans complication and befuddlement crops up repeatedly.

The concept of Advaita Vedanta is portrayed in this textbook in a very fresh and original fashion, and the novelist appears to be very knowledgeable about it. Although many great mystics and learned intellectuals had repeatedly endeavored to ponder on the topic of Advaita Vedanta, the audience finds their epics of expositions to be difficult to comprehend because the majority of their representations are frequently rife with incomprehensible complications. But unlike many other collections of novels already written on the same subject, the writer of this piece merits praise for the incredibly endearing approach he uses to unfurl the narrative.

The delight and happiness this great time of the monsoon gives will be enhanced by spending time with your paper friends. Choose a title from the list then take a seat for a leisurely reading session. While it showers outside, chillax with your companion while allowing the rain to calm your sensations.

Finished reading a book from your TBR? Join our reading challenge and add some fun to your reading.

Previous Posts 5 effective ways to set boundaries for a healthy relationship
Next Posts How do Indian states celebrate Raksha Bandhan?