Ending of the Story

We liked your writing but the problem is, the ending of your story is not striking enough.

This is a line from a rejection letter I received 6-7 years ago. It got me thinking but, to be very honest, I didn't learn anything from this invaluable feedback (that you rarely get from any publication), as I went on to (re)write my novel, without paying much attention to the importance of a striking ending.

And then one day I watched a movie. A very intriguing and engrossing movie but its ending left me frustrated. Because it was so meh and dissatisfying. And the feedback I mentioned above suddenly hit me.

The ending of your story is crucial, as it stays with the readers. Even if it's romance or a simple family drama, an element of surprise towards the end won't hurt.

But to write a story with a twist is not everyone's forte, right? Maybe, but I think it can be developed over time. And when you do that, you truly evolve as a writer. I'm really trying, as a writer, to come up with striking endings, and it makes me really happy when readers mention the endings of my stories. 'I feel her strength lies in the unexpected plot twist at the end.' A very kind reader said in her review of my story, ‘The Weirdest First Date’. And it was so satisfying when, recently, an editor said, 'You came up with a great twist!'

It's true that imagination is limitless but as a creator, everyone has their own limitations. But it's a good idea to try and think outside the box. It makes a lot of difference. Uniqueness helps things stand out.

So, how can you do that? 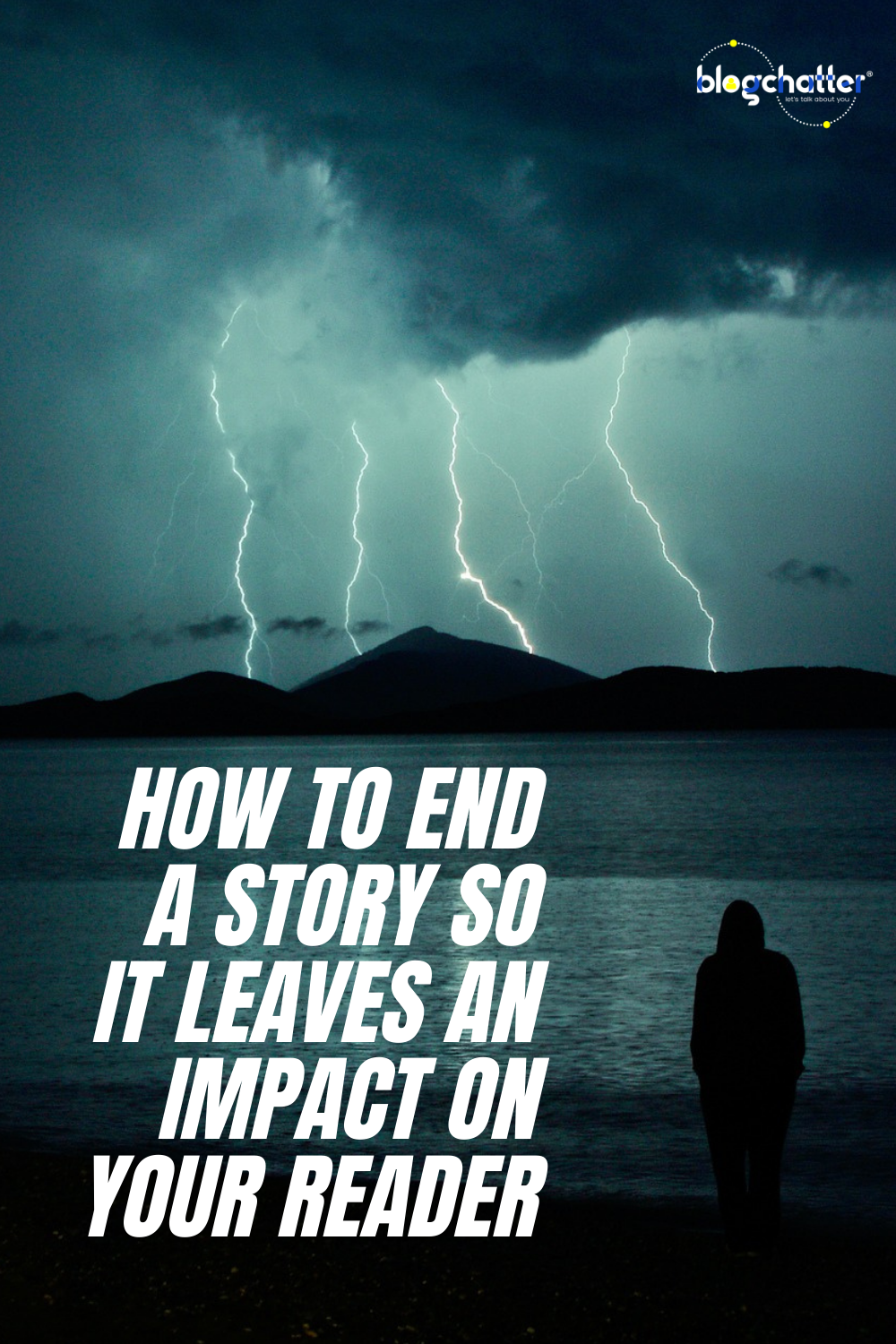 I had a wonderful idea for the ending of my book, 'We Will Meet Again.' A dramatic incident that could have made it more interesting. Sounds great, right? But I got this idea after its publication. And I couldn't stop thinking about it. So much that I felt like changing the final scene in the Kindle version. But then I realised it would be wrong to do so.

Sometimes, ideas act like a tube lights. So, let your work rest for some time. Give yourself some time to think. Trust me, you will get much better and more striking ideas. Don't feel desperate to get published.

Don't save your best ideas for later

Don't save your best ideas for later, for your next, more important project. Use it right away, if you feel it's suitable for the current story.

Remember what an editor said to me recently (that I mentioned above) - You came up with a great twist!

But to come up with a better twist, I needed to rework before I got this comment. The ending of my story was surprising but it needed a punch to enhance the impact of the ending. It was necessary, I realized while I reworked, to make it more impactful. Again, very kind of the editor to give me an opportunity to ‘add drama’ in the ending.

So, add drama (not too melodramatic though). It makes the ending more engrossing and engaging. Something that makes you feel like, ‘Oh, it shouldn’t happen!’ should happen.

Try to build some kind of strangeness as the story moves towards the end. Unexplained things attract attention.

It could be done through:

The word 'strange' has its own impact. 'You know, something very strange happened.’ the moment someone says this, you're hooked.

We are storytellers. We tell lies and want people to believe them. Sometimes they do.

Relatability and plausibility are crucial elements of writing. No matter how different the story is. That's how you connect with the readers. Just to make the ending striking, don't make it unbelievable. That's the thing: we, readers, want unexpected/shocking endings, but unbelievable/implausible endings baffle us.

Not happily ever after

To be honest, I am someone who likes happily ever after stories. Especially if it's a relationship based story. Everything sorted at the end.

But, every story doesn't need a completely sorted ending. Sometimes you leave it open ended. Leave it to the readers to introspect. Or to leave them shocked or emotional as they finish the story.

When I talk about satisfying and yet not completely sorted endings, ‘Missing Presumed Dead’ by Kiran Manral comes to my mind, which I read recently. It has an unconventional (for a full length novel) and yet satisfying ending.

Also, when you leave your story open ended, it gives you a chance and idea to write another story (sequel/series).

However, there's a difference between an open ended ending and an incomplete ending. And when I say this, a story comes to my mind. A story by a hugely popular author. I can reveal the name if you promise not to roll your eyes. It's Birthday Girl by Haruki Murakami. It was such an engaging read. You want to know just one thing but you never get to know that. Maybe, it’s an unpopular opinion, but it left me frustrated.

When someone is reading your story, they are investing not just their money and time but also their feelings, and it’s not a good idea to disappoint them with an incomplete or implausible ending, is it? So work on making your stories have better endings.