Why Avatar 2 can bomb the box office? 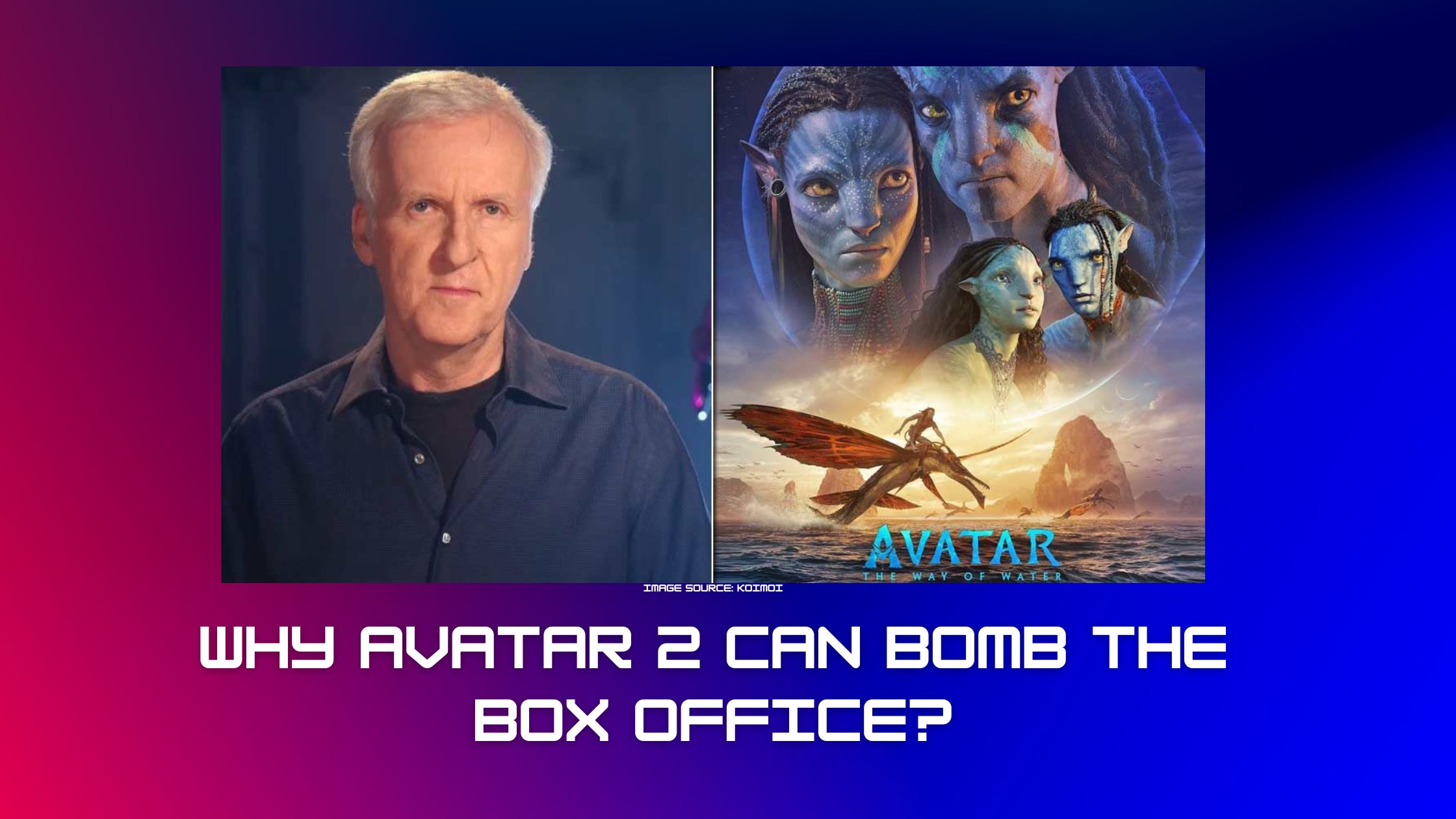 James Cameron had an idea for Avatar years earlier he turned a ship disaster into cinema business riches, but he had to endure till cinematic equipment was immersed in his vision for starting the ground-breaking sci-fi production. When it was finally delivered in 2009, Avatar became an absolute phenomenon. Avatar, which did well at the cinema, subsequently became the most successful film ever made.

Even while the idea for a successor was immediately discussed, the actual development has lagged. The creation of the screenplay was a four-year process because the writers wanted to make certain that Jake and Neytiri’s journey was compelling. Rumors were circulating during this time that up to four different Character installments were in varying phases of pre-production. Cameron tried to push innovation somewhat when he returned to the lush alien continent of Pandora, but it nonetheless revealed to be a barrier.

Here are the main challenges that Avatar 2 must face until it can undoubtedly become yet another blockbuster hit.

Not only was James Cameron’s ambitious project Avatar a financial success, but it also received high marks from critics, audiences, and other filmmakers. Both children and adults liked it and the Pandoran legend offered Avatar followers a rich setting to get lost in. But as time went on, the perception of Avatar changed, partly because the movie’s weaknesses might no more be covered up by amazing graphics and the 3D wonder effect.

The plot of Avatar reflects a well-worn formula, the moral lesson is blatant, and the white savior cliché has not held up at all. It will indeed be released to an increasingly skeptical public who will be anticipating those very same issues to be replicated whereas the globe adored Avatar nearly a decade ago.

It is no more widely recognized in the outside country’s collective psyche as a result of the decreasing renown of Avatar and a dearth of original content. The typical moviegoer’s mental capacity has also been diminished by the MCU’s production of up to 4 films each year and the quickness of streaming platforms, thus the movie hasn’t been important for an extremely long moment. That is a more difficult hurdle to clear than creating a separate brand completely fresh.

3D technology and Avatar are like James Cameron and water, but the follow-up cannot rely on the same trick. Although 3D pictures had been tried before, the initial returns were noticeably disappointing but were not worthwhile the embarrassment of donning a fragile pair of red and blue spectacles in society.

However, the latter part of the 2000s heralded a new era for 3D movies, and Avatar led the charge as the film that definitively established the necessity of 3D space in filmmaking. With 3D glasses, the world of Pandora was breathtaking, and in the decades that followed, every movie that was worth watching was made available in an identical 3D environment.

Film’s popularity was also significantly aided by the incorporation of 3D. On the one side, James Cameron’s most recent project had an air of intrigue. Avatar seats were purchased by fans, who otherwise may not have been engaged in the film, for the uniqueness of 3D technology.

The demographic for the release of Avatar 2 is quite diverse. While the triumph of Pandora did usher in a prosperous era for 3D movies, the tendency has dramatically turned around in recent times.

There is no denying that the 3D format benefited Avatar, but few other films received a similar level of enhancement. To support the switch to 3D, filmmakers also started including ridiculously designed views of elements speeding in toward the viewers.

Audiences won’t be lining up in large lenses to watch the sequel as many did in 2009 because 3D is no longer a novelty. The allure of those expensive options has long since lost its appeal, so individuals are less inclined to part with their own hard-earned money. However, underwater cinematography is yet another ace that Cameron has up his sleeve.

With Avatar 2 established to discover different colonies of Pandora, James Cameron has developed snipping advanced technologies and videoing techniques to record a cast’s aquatic output in previously inaccessible amounts of detail. A brief examination of James Cameron’s profile will disclose an all-encompassing fascination with the water’s deep blue profundities. The aquatic graphic extravaganza in Avatar 2 is sure to astound the most ardent observer and set new standards for the movie business.

However, the newest concept in successor to can’t fill the role of the 3D craze that propelled the first movie to ticket revenue success. First off, a 3D production is far simpler to market than one that uses “advanced undersea filmmaking technologies.” Avatar’s cinematic splendor might be appreciated by some of the more dedicated spectators, but fewer and fewer people will be interested in how Cameron captured swimmers.

Enthusiasts have been debating how Avatar’s weaknesses were concealed by its aesthetic accomplishments for the last ten years, and they are not going to fall into the same deception too if Avatar 2 produces similarly magnificent alien scenery but cuts corners on main characters and plot complexity.

In the 2020s, seeing a turquoise alien in a sarong could elicit a cynical reaction, yet that won’t imply fans won’t be interested in seeing how the series continues. Certainly, the most fervent Avatar critic will concede that Pandora was rife with narrative possibilities, and the previous movie’s unfavorable reassessment could have been avoided had Avatar 2 been produced in 2014 as previously anticipated.