These Bollywood movies have our hearts 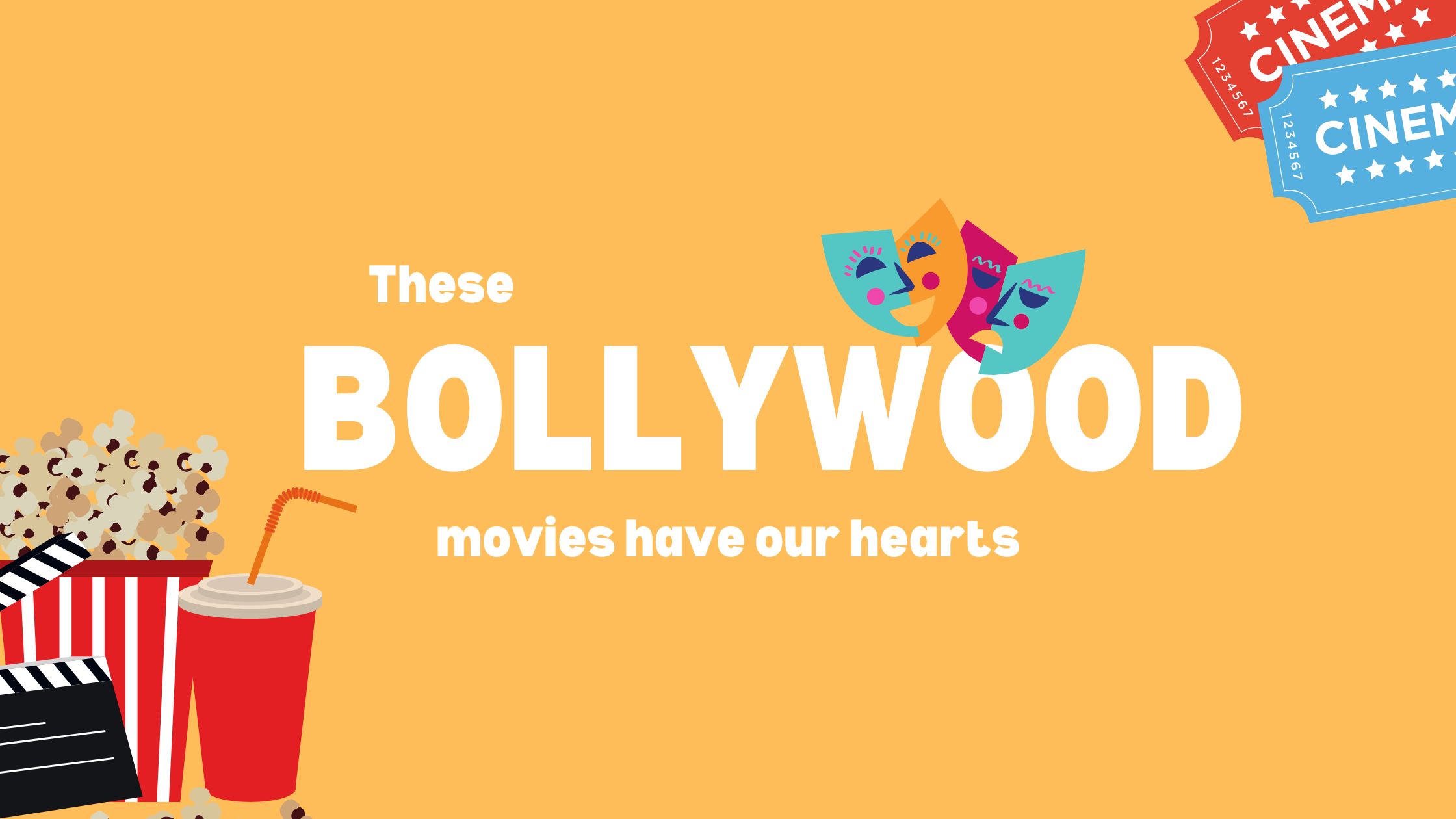 The Indian film industry over the years has made many entertaining movies. Some were critically acclaimed while some were blockbusters, and some went on to bomb the box office.

Today we bring to you 10 of the most amazing Bollywood movies that stole our hearts and deserve another review.

This was the Hindi adaptation of the Shakespearean play ‘A Comedy of Errors’. It was directed by Gulzar and had Sanjeev Kumar and Deven Verma in the lead roles. It is very similar to the play, where 2 pairs of identical twins who got separated at birth but when meeting in adulthood their lives become topsy-turvy. It is a complete package of humour and laughter. Deven Verma won the Filmfare awards for the best comedian and Sanjeev Kumar was nominated for best actor.

Dibakar Banerjee directed this 2006 Hindi comedy-drama film. It had Boman Irani, Anupam Kher, and Parvin Dabas in pivotal roles. It is the story of middle-class family man Kamal Kishore Khosla (Kher) from Delhi, who along with his family tries to reclaim their land which was forcefully taken by a builder Khurana played by Boman Irani. The movie takes you on a ride filled with emotions, family drama, satire, and humour.

The movie is a pure example of Khan’s acting prowess. Irrfan has the talent of simply presenting complex portions to the viewers and the audience too loves it. The plot is about a widower (played by Irrfan Khan) who receives a tiffin box due to an error from dabbawalla. The story continues with characters sharing notes and talking about their lives. The movie delves into the life of 2 individuals who are leading an empty life but find comfort in each other. This is a pure treat from Nimrat Kaur and Irrfan Khan.

The story revolves around an always bickering Sharma family headed by queer daduji played by Harindranath Chattopadhyay. The family is infamous because of the inability to retain a cook due to their ill-treatment of the house helps. Their dispute spreads to an extent that no one wants to work in their home, ironically their house is named Shanti-Niwas (abode of peace). Everything changes when one day Raghu (played by Rajesh Khanna) takes up the challenge and starts working as a cook. He gradually becomes everyone’s favorite. He even defuses all the differences between the members and reunites, making them a happy family. Released in 1972, the movie has Harindranath Chattopadhyay, Rajesh Khanna, Jaya Bachchan, and others.

The movie teaches us many things but most importantly teaches us to back ourselves if there is no one to support us. It is the story of Rani Mehra (Kangana Ranaut) a 24-year meek but good-natured girl who decides to go on a honeymoon alone when her fiancé cancels their wedding. Rani travels around Europe. During her trip, she makes a lot of friends, gains independence, and most importantly finds joy. The film makes the viewers understand the significance of living life to the fullest and doing what we like.

This Hrishikesh Mukherjee directorial was a big hit at the box office. People love it for classical-traditional style comedy starring Amol Palekar and Utpal Dutt. The critics and audiences both raved about it and is considered the greatest comedy movie of all time. The film also has everything from drama to emotions to hilarity and the viewers could not stop laughing. Everyone remembers the thunderous laughter from Utpal Dutt. No one expected that a fake moustache, job hunt… confusion could produce such a level of comedy.

The movie was the directorial debut of Gauri Shinde and it marked the comeback of Sridevi in movies. The movie takes us into the life of a housewife Shashi (Sridevi) who is usually mocked by her family for being weak in the English language. She discovers a new life when she flies to the US for her niece’s wedding. There Shashi attempts to learn the language and in her journey as an English student, she makes a lot of friends who help her in understanding a different perspective of life. The newfound confidence helps her in reasserting her value as a mother and wife. The movie has Sridevi, Adil Hussain, Priya Anand, and Sujata Kumar in the lead roles.

The most-watched movie of the past century needs no introduction. The film is iconic in every way, from dialogues to characters to songs. This all-time classic teaches us the importance of friendship. Jai (Amitabh Bachchan) and Veeru (Dharmendra) are considered the epitome of friendship. The story is about two friends Jai and Veeru who are hired by Baldev Singh (Sanjeev Kumar) to protect villagers from dacoit and catch Gabbar Singh. The movie also has Hema Malini as Basanti and Amjad Khan as Gabbar Singh.

The 2012 mystery-thriller is about a pregnant woman Vidhya Bagchi (Vidhya Balan) who travels from London to Kolkata to find her missing husband. When everything comes to a dead-end, she understands that there are many things that she cannot comprehend. The story has our hearts because it is an extremely gripping tale and the unexpected revelations that happened at the end.

It is one of those movies which made the viewers weep like babies. The movie is an emotional but inspirational roller coaster about a dying Anand Saigal (Rajesh Khanna) who wants to live his life to the fullest. We see the movie from the perspective of Dr. Bhaskar Bannarjee (Amitabh Bachchan) who struggled to manage his emotions while attending to the patients suffering from various illnesses and the darkness he has to confront daily in the country. Dr. Bhaskar considered Saigal as any other patient but his experience with him left an everlasting impression on him. Bachchan’s character is motivated to write a book based on the interviews recorded with Anand. The book went on to be a best seller in the film. This 1971 film won many awards.

There are several more which were great and have a permanent space in our hearts. In the world of the internet and with the launch of many OTT platforms films are easily available. Go and enjoy them with your family.

So which one are you going to watch today?

If you have a message to share with the world, write to us and get featured on BeStorified.