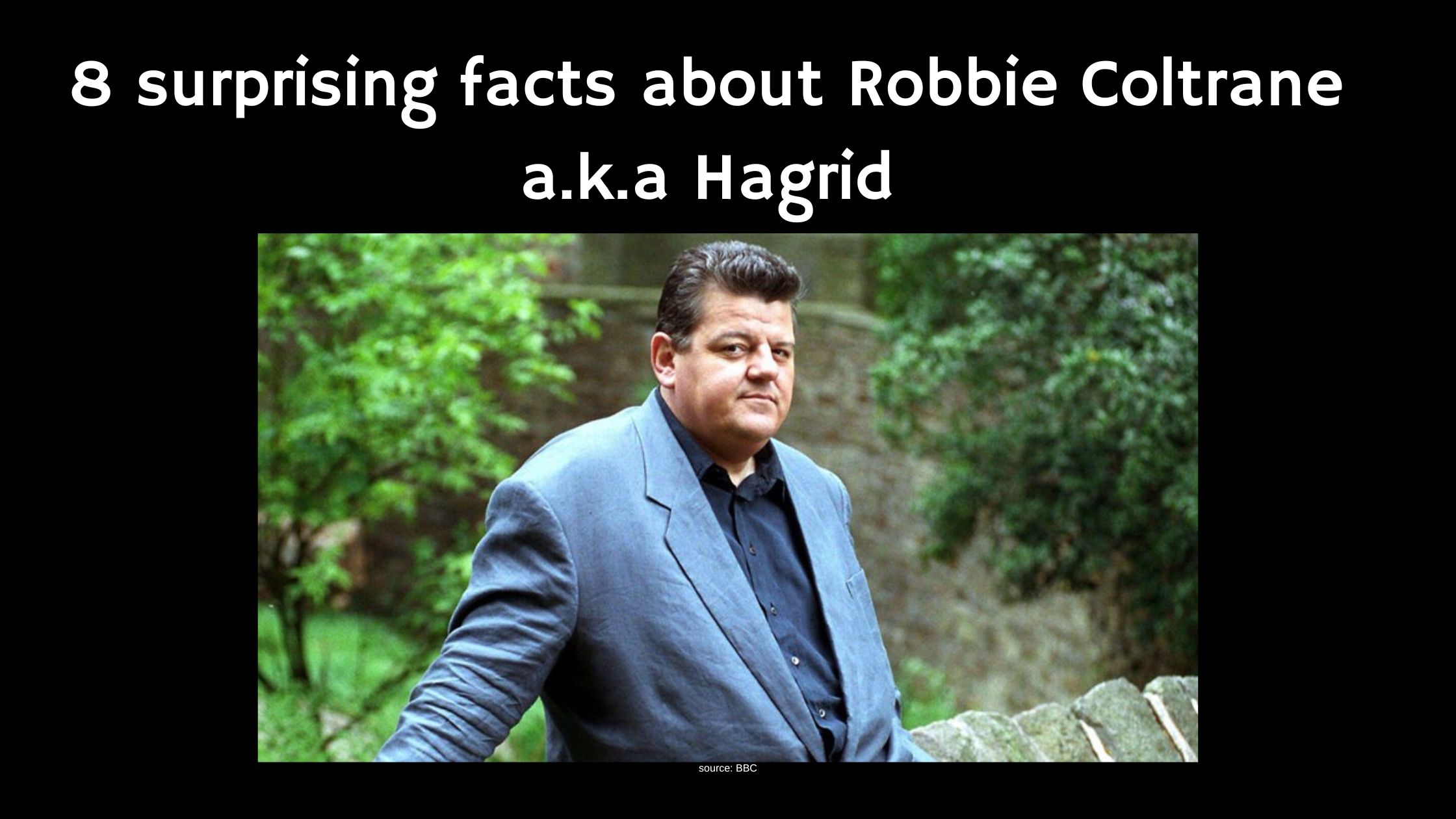 Rubeus Hagrid was a competent magician, unlike some of his peers. On October 14, Scottish artist Robbie Coltrane, who portrayed Hagrid in the Harry Potter movie Franchise, died unexpectedly. The actor also debuted in the James Bond movies Goldeneye, The World Is Not Enough, and the investigative series Cracker. But Coltrane is most remembered for his role with Daniel Radcliffe, Emma Watson, and Rupert Grint throughout all 8 Harry Potter movies as the endearing half-giant Rubeus Hagrid.

There are many things about Robbie that we may not know.

Robbie Coltrane is not his true moniker

His real identity was Anthony Robert McMillan, but he altered it when he started performing. In honor of jazz legend John Coltrane, he adopted the stage name, Coltrane.

He aspired to be a painter before becoming an actor

Robbie Coltrane attended the Glasgow School of Art to study artwork, sketching, and cinematography after graduating from high school. He claimed that although that job option did not quite work out, art school opened his mind in numerous ways.

He once lived inside and squatted at a house in London

People frequently assume that actors lead luxurious lives, yet in his early years, Coltrane shared an empty house on London’s Finchley Road with a few fellow occupants. He claims that notwithstanding the authority’s warning that the area was unfit to occupy, the group made renovations.

When Hollywood called, he declined

Famous director Steven Spielberg was an admirer of Robbie Coltrane’s British TV show Cracker, in which Coltrane played the convict therapist, he received offers for various US TV projects.  To be near his kids, he decided to remain in the UK.

Coltrane was made an OBE in the 2006 New Year’s honours list for his services to drama and he was awarded the Bafta Scotland Award for outstanding contribution to film in 2011.

He is infamously reclusive

Coltrane is renowned for going over and beyond to maintain his privacy during meetings. He frequently dodges inquiries and once threatened to kill a Guardian reporter if they recorded his response.

Coltrane was informed by physicians that he needed to shed upwards of 40kg before receiving therapy when it was found that there were zero menisci inside one knee. In National Treasure, the star can be seen using a walking stick to move.

Coltrane received a role in Harry Potter as the endearing giant Rubeus Hagrid owing to writer J.K. Rowling. Alongside Maggie Smith as Professor McGonagall, he was indeed a member of Rowling’s ideal ensemble for the films and was handed the position sans having the trial.

In a statement, his agent Belinda Wright confirmed the actor died in hospital near Falkirk in Scotland.

She described Coltrane as a “unique talent”, adding his role as Hagrid “brought joy to children and adults alike all over the world”.

Along with Belinda Wright several other stars, plus the cast of Harry Potter who worked closely with him, fondly remember Robbie for his kindness, always making them laugh and being a true friend.

The official Twitter account for the Harry Potter films said the team was hugely saddened by the news of his death.

“We are hugely saddened to hear of the passing of the magnificent Robbie Coltrane who played Hagrid with such kindness, heart and humour in the Harry Potter films,” they wrote.

“He was a wonderful actor, a friend to all and he will be deeply missed.”

Previous Posts Is social media overrun by cancel culture?
Next Posts Benefits of having hobbies