How to talk to children about gender, sexuality and consent

The popular saying goes: It takes a village to raise a child. With evolving technology we have the whole world in our palm that is both a boon and a curse. Millennial parents have unique challenges raising kids in an era where child sexual abuse is prevalent in 30% of the children below 18 years of age (source 1). Child sexual abuse is defined as a coercive act performed on a child who is unable to comprehend it or provide consent and results in long term psychological and physical trauma. Most of us are clueless where to begin primarily because we never had this talk from our parents. Let us begin by enlightening ourselves with some basic facts.

Are gender and sex the same?

We were having tea in the living room with guests when my 9 year old nephew walked in and asked aloud, “Amma, what is Sex?” My cousin blushed and excused herself from the room only to discover he was filling out a form for his library. Children ask very simple questions. It is we as adults who complicate the situation purely because of social stigma.

While sex of the child is assigned at the time of birth by the doctor depending on certain physical attributes, gender is a much complex identity. Gender is how a human being perceives oneself and is fluid. Identity of self is the corner stone of personality development. A conflict with gender identity can lead to scarring psychological wounds in a fragile evolving teen/young adult.

One of the most useful resources to address gender with children is a “Gender Unicorn” (source 2). Gender Unicorn is the mascot of Gender fluidity and the simplest tool to explain an array of gender concepts to children. 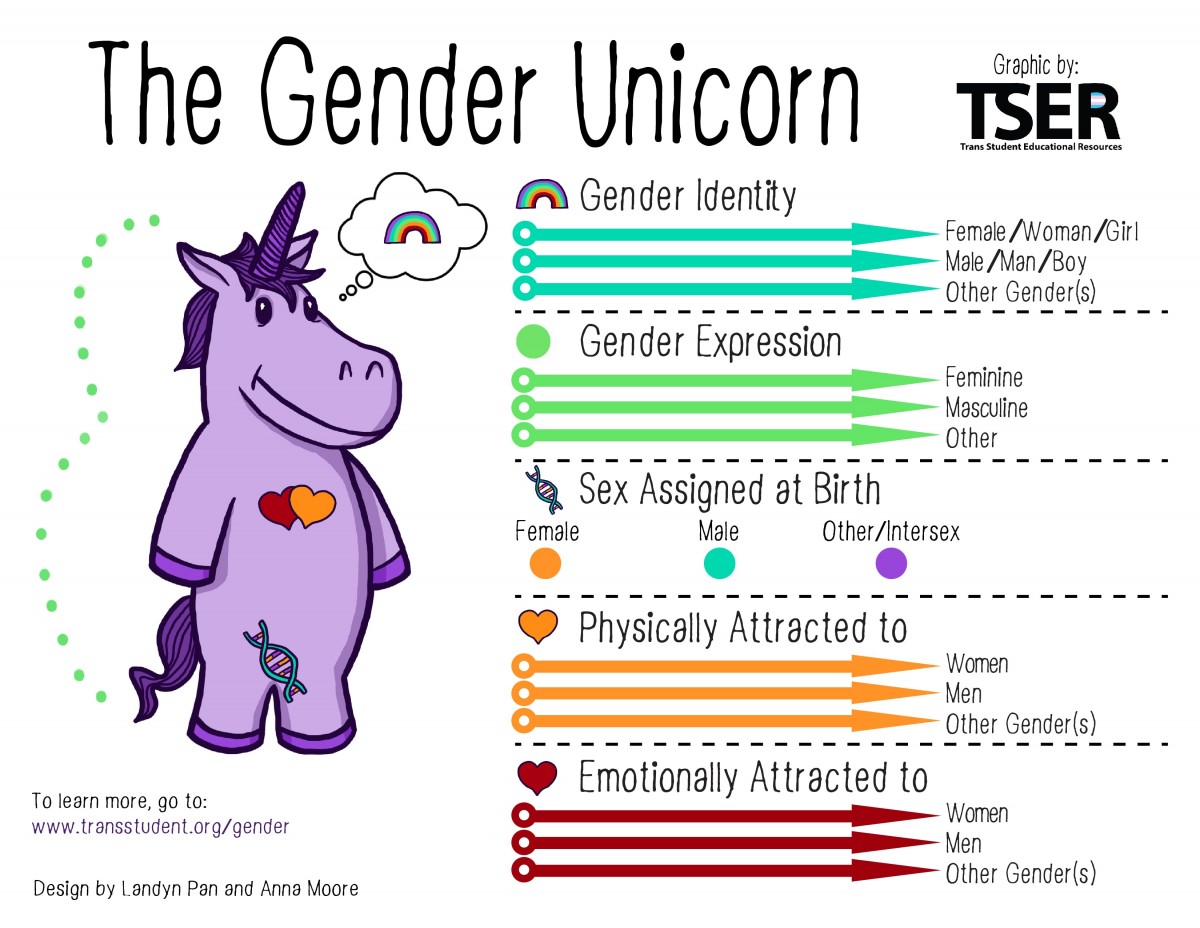 1. Gender indentity rainbow: the rainbow is in the unicorn’s head. It represents ‘How I identify myself’. It is described as one’s internal perception of who they are: he/she/they. The rainbow introduces the concept of third gender and can be an invitation to open talk about the transgender community.

2. Gender expression: it is described by 'How I look/express myself’. This is how the unicorn physically expresses its identity of gender by clothing, voice, hairdressing, etc. This opens talk about how gender expression need not align with sex assigned at birth.

3. Sex assigned at birth: Represented by a DNA and is simply the classification assigned at the time of birth depending on the genetalia present.

4. Sexually attracted to: Represented by an orange heart defines the gender a person might be attracted to physically.

At what age does a child truly learn to differentiate between gender?

Most children learn to sterotype gender categories between 1.5 to 2 years of age and most children can identify stereotypically their gender by 3 years of age. Since gender stereotyping is reinforced by families children at the age upto 6 years exhibit gender preferences that brings positive appreciation from their family. As children grow, gender identity becomes more fluid.

What age can I begin to teach consent? 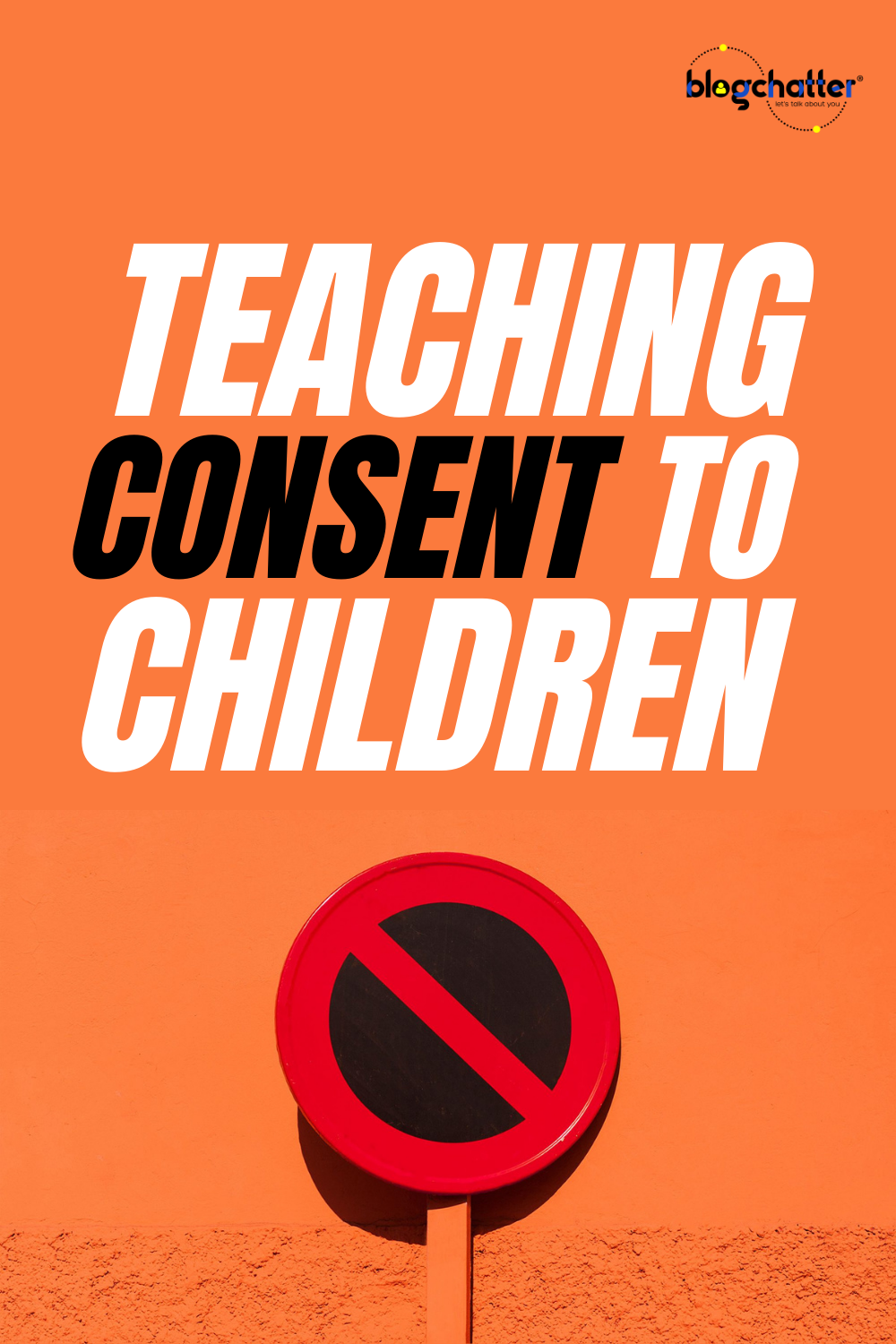 The first six months of age the child slowly learns that they are a separate entity and not part/extension of their mother. This is the first development of character/identity. While the child is fed on the breast its needs are usually self regulated by demand feed and feed until full. After six months of age when we begin weaning practices unconsciously as a parent we are the first ones to abuse our child’s right for consent.

Force feeding a child is the first form of consent breach that happens in most of the homes. By breaching their right to consent to when they are full, we as primary care providers are silently reinforcing to them that their ‘NO’ isn’t important. Feeding is just one example. As a toddler is growing they have numerous preferences from the kind of dress they want to choose to the games they like to play. The parents reactions to each of these preferences are a lesson in consent. Forcing a child to do anything other than that which brings self harm is breach of consent.

Having healthy conversations are key. Listen to your child’s ‘NO’ and make them feel heard. This will build their bodily autonomy and confidence to say NO to a stranger when the right time comes.

Gentle parenting and impact on consent

Would we consider highly of an adult who blindly and obediently listened to instructions and acted on them exactly as asked even though they dislike it? I doubt we would yet we expect the very same with children. Often we do not look at children as evolving adults.

When to have the sex talk? How to begin the conversation with children

Sex education is not one single talk a parent has with a child but an everyday parenting regimen. From demonstrating consent by way of parenting gently it truly begins at 6 months of age.

Around 3 years when we teach body parts to children we tend to skip naming the genital areas and that’s how we indirectly shame them from talking about sex with their parents. Breaking the stigma for us as parents is vital. Naming private parts by their correct terminology is important rather than giving them pseudonyms. Calling them ‘penis’/ ‘vulva’ can be the first step to sex education.

At about 5-6 years of age it is best to teach a child safe and unsafe touch and about parts of the body that are private. Even a simple hug from the wrong person may seem unsafe to the child. Teach them to report to the parent if they ever experienced unsafe touch.

And when is the right time to talk to your child about sex and sexuality? The simplest answer is to talk to them whenever they ask about it. Ages 8 plus are an ideal age to talk about pubertal changes and slowly if they enquire about sex do address it honestly. Remember it is better they acquire the right information from you rather than twisted information from friends/internet.

How to consciously create a safe place for your child to talk about sexual abuse at home?

As a parent our primal instinct is to protect our children from all evil and cocoon them in a bed of roses rather than opening their eyes to the real world. In reality we can empower them with knowledge and facts which act as the first line of defense against abuse.