The literary world has seen many brilliant writers in the past who may have been on the autism spectrum but back in the day there wasn't any diagnosis the way there is now. To create such extraordinary works takes a great deal of will power and discipline which they possessed. It also takes a lot of courage to express being in the spectrum while in the literary field because of the stigma and doubt attached to it- If such writers would be able to handle the business side of a professional literary relationship.

Things have changed now in the literary world. It is not expected now of writers to display quirks, eccentricities and difficulties due to artistic temperament. Even then many of the writers in the past who may have displayed signs of autism laid the foundation for several aspects of literature today. Without their contribution we can say a huge chunk of good literature would be missing in our world. On World Autism Awareness Day, here's a short highlight of some of our favourite writers on the autism spectrum. 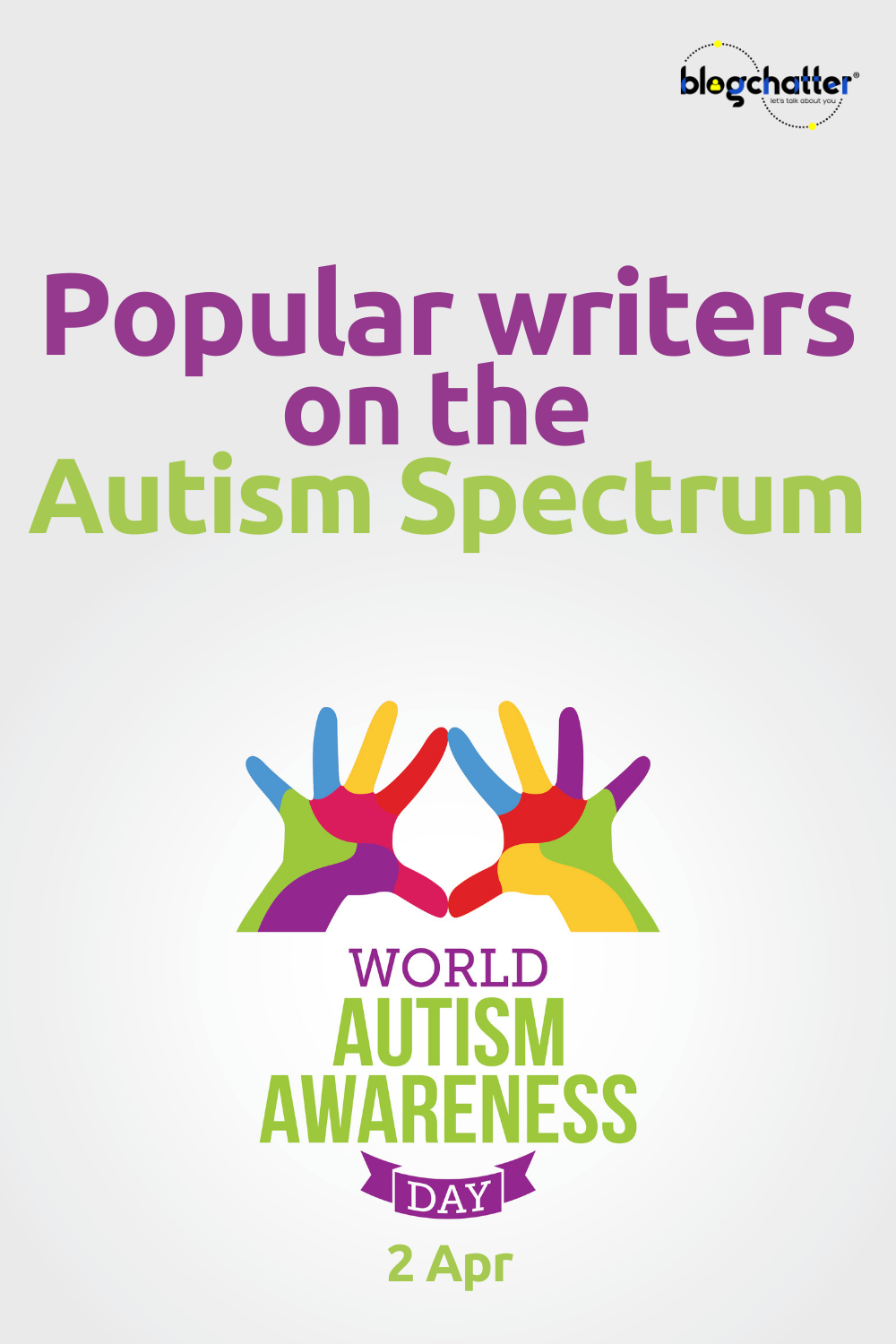 The popular English writer who introduced the stream of consciousness technique to us is known to have taken longer than average to learn how to speak. Intensely shy and unable to look people in the eye while speaking, she also suffered from anorexia. She did like socializing though, just not being peered at with all the spotlight on her. She was super obsessed with pens and always had pens with different coloured inks- green, blue, purple. Purple was her choicest colour reserved for diary entries, letters to her lover Vita Sackville-West and manuscripts!

Most of us remember either owning a huge hardbound copy of Hans Christian Andersen fairy tales or reading one at the school library. His stories charmed all of our childhoods, didn't they? In his personal life he was a loner, had difficulties being with other people, speech and language pecularities and religiously followed repetitive routines. He expressed his struggle in his story, The Ugly Duckling and called it a reflection of his life. The duckling did realize he was a swan at the end of the story and Hans too graces the world of fairy tales like a swan.

He was called 'a curious mixture of sinister genius and uncertain talent.' He deliberately wrote in a style that was difficult to follow. The masterpiece, Ulysses's author James Joyce suffered from phobias he had developed in his childhood. How? His Catholic governess had warned him that thunder and lightning are a sign of God showing anger and this fear haunted him his entire life, manifesting even in his writing. In Portrait of The Artist as a Young Man, the protagonist fears dogs, horses, firearms, the sea, machinery and thunderstorms. In his work Finnegans Wake he made up a 100 letter word Bababadalgharaghtaka-mminarronnkonnbronntonnerronntuonnthunntrovarrhounawnskawntoohoohoordenenthurnu to represent a thunderclap.

Emily was a reclusive poet, so much that she spoke to visitors through doors and had a good relationship with children but gave them treats only by lowering a basket from a second-story window. She also preferred to listen to her father's funeral from the privacy of her bedroom and not attend it physically. She didn't leave her house for the last two decades of her life. As repetitive as her wardrobe was, we cannot say the same about her writing. It was considered eccentric, not following  a particular pattern.  Fewer than a dozen of her over 1800 poems were published in her lifetime but like she wrote, 'Hope is that thing with feathers',  her masterly poetry lives on today, filling the world with hope and joy.

A genius spreading his eerie magic through wondrous creations like Beetlejuice, The Nightmare Before Christmas, Edward Scissorhands, Alice Through the Looking Glass, Tim Burton is known for his Gothic elements, dark deranged characters, macabre fairytale, delightful humour and horror altogether. Such a broad, darkly whimsical style earned a name of its own, Burtonesque (similar to Kafkaesque?). Later in life, his wife and even he mentioned the possibility of Asperger's syndrome (like autism with milder symptoms) as a child.  His solitary life as a child made him turn to movies and he connected with characters audiences feared such as Frankenstein. He felt they were misunderstood and attacked just because they were different.  Using the themes of isolation and uniqueness, most of his creations are autbiographical and he continues to surprise us with his eclectic creativity.

All of these writers had quirks, troubled childhoods and even though today we can just speculate and draw the closest conclusion possible, they did show traits similar to that of autism,  struggling through relationships and other aspects of life. To their writing though, they were extremely connected and hence we have the evergreen masterpieces we see today.