How you can support the transgender community in India

The inspiration for this post is the question a transgender kid’s father was asked by a journalist:

"How did you feel when your child came out as a transgender? Didn't you feel like disowning him?"

Many children who realise they are transgender people at an early age become outcasts for their family. Solely because they fail to conform to the societal norms set by our Indian culture. Lack of education, family support and job opportunities force these kids to resort to menial tasks like begging, prostitution and sometimes criminal activities to sustain their living.

“Transgender” what comes to your mind when you read this term? A man clad in a saree, wearing a huge bra and having bright red lipstick and makeup on his face? Did it bring back memories of awkward encounters at the traffic signal or in trains, where you would pray “please don’t approach me”?  Wait, it could be memories of that female friend from college who would always dress up as a boy, had short hair and no boy wanted to be with her.

Read this post to know more about gender identities.

Her extraordinary abilities earned her a place in the Guinness book of world records. Her lesser known achievement is that in 1977 she wrote what is considered to be one of the first books in India on homosexuality, The World of Homosexuals. Devi had found out her husband was gay and instead of ostracizing him, she approached the situation with understanding. 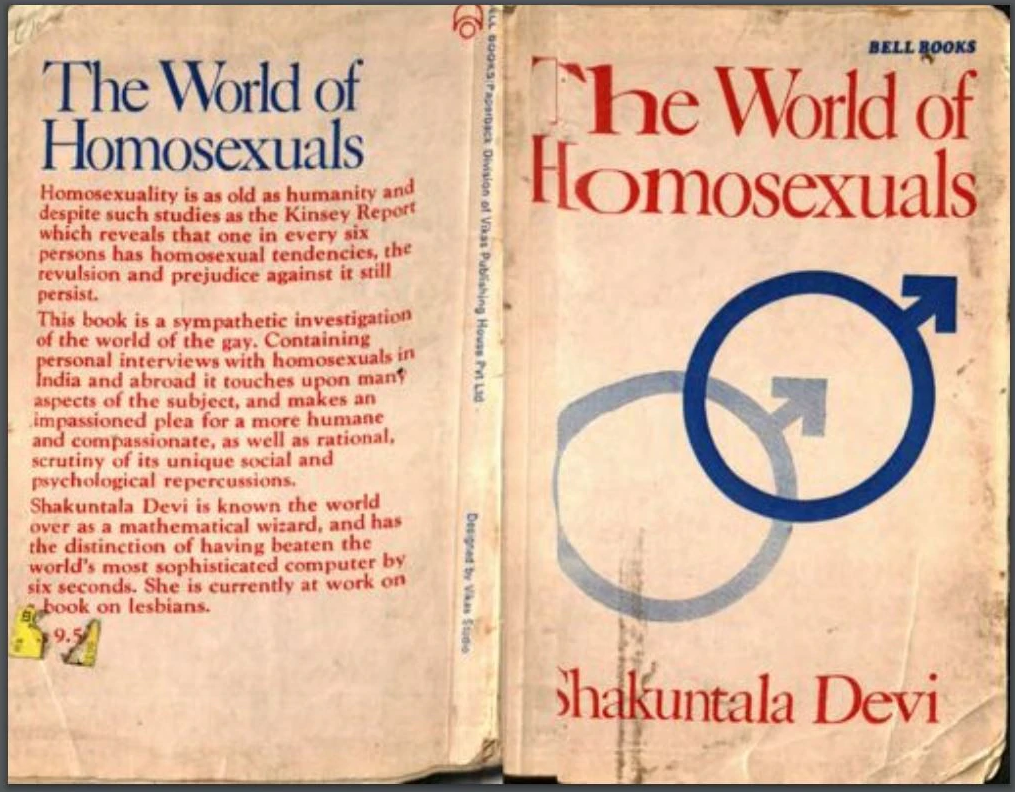 Problems faced by the transgender community in India

Transgender people are a marginalized minority in India making them an easy target of social exclusion, shaming, name-calling, lack of job opportunities and discrimination. Rejection from family is also very common in our society and it has major repercussions like being pushed into prostitution, begging or homelessness. More often than not they become victims of hate crimes, sexual and physical violence. The transgender persons (Protection of Rights) Bill 2016 prohibits discrimination against a transgender person and despite that the justice system fails them.

Organizations working towards the upliftment of transgender people

Wishes and blessings is an NGO that identified the plight of the transgender community residing in Ajmeri gate, Delhi. With the hope of helping the marginalized communities, this NGO began fundraising and eventually held a relief drive. Daily rations and essential supplies like soaps were distributed to approx 100 transgender families.

The NGO has many daycare centres that have been converted into shelters for the homeless. It provides nutritional aids like cooked meals and ration kits to the needy.

Ashok Row Kavi, one of the oldest LGBTQ rights activists in India founded the Humsafar Trust, an NGO located in Mumbai and founded in 1994. It helps the community by providing counselling, advocacy and healthcare in the form of awareness against HIV/AIDS and STIs, giving means of getting them tested. It has also helped reduce violence, discrimination and stigma against them.

Transgender Welfare Equity and Empowerment Trust is led by seven trans activists. Partnering with community, medical, political and religious institutions their mission is to build an empowered and vibrant trans movement in India.

You can read about the history of trans people here.

In focus: A man wore a t-shirt that said: "Free hugs from a dad" at the pride parade in the US

He ended up getting 700 hugs from kids who weren’t supported by their family. Imagine your kid feels so lost and rejected by you that they sink into the arms of a complete stranger and cry. You can read more about it here. 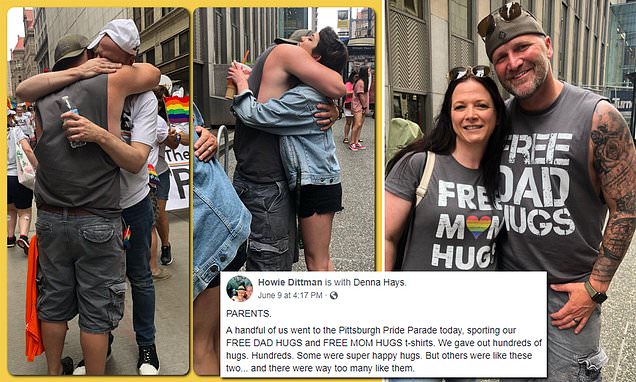 Transgender people in India have different sets of problems as compared to the western world. The reason being, social stigma associated and lack of awareness and acceptance in society. Here are a few thoughts that can help us create an inclusive environment for the transgender community: 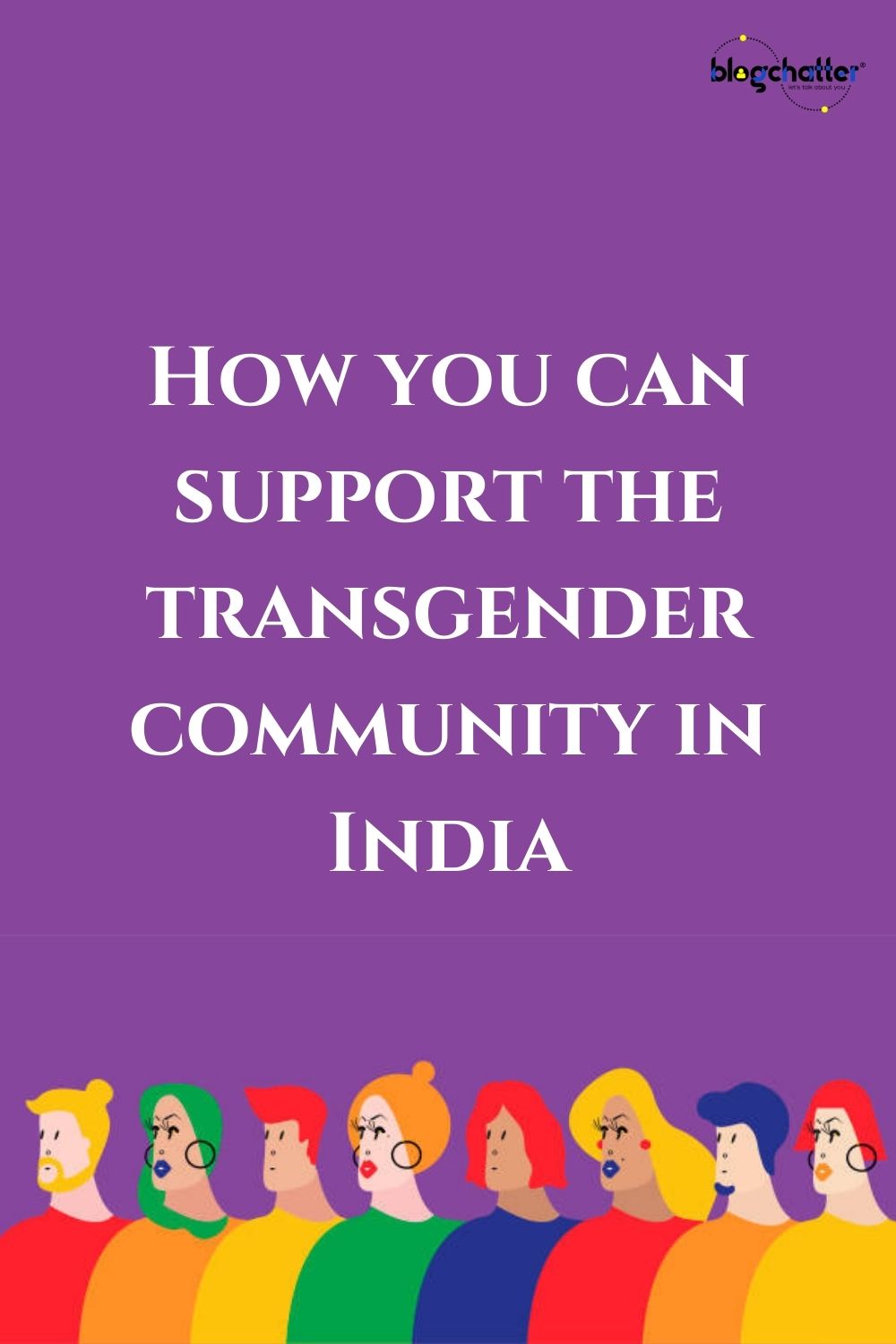 Some pop culture for you

Some awe-inspiring literature for your reading pleasure:

Movies portraying the lives and struggles of the transgender community:

Just like you would research a topic before writing about it, it is our duty to educate ourselves on the gender diaspora and how you can help spread awareness.