UNDP goals and what we can learn from them

The Sustainable Development Goals were adopted by the United Nations in 2015 as a universal call to action to end poverty, protect the planet, and ensure that by 2030 all people enjoy peace and prosperity. They work on the principle that action in one area will affect outcomes in others and that development must balance social, economic and environmental sustainability.

So, with all the goals what has been happening so far? Let’s dive in and get a glimpse. 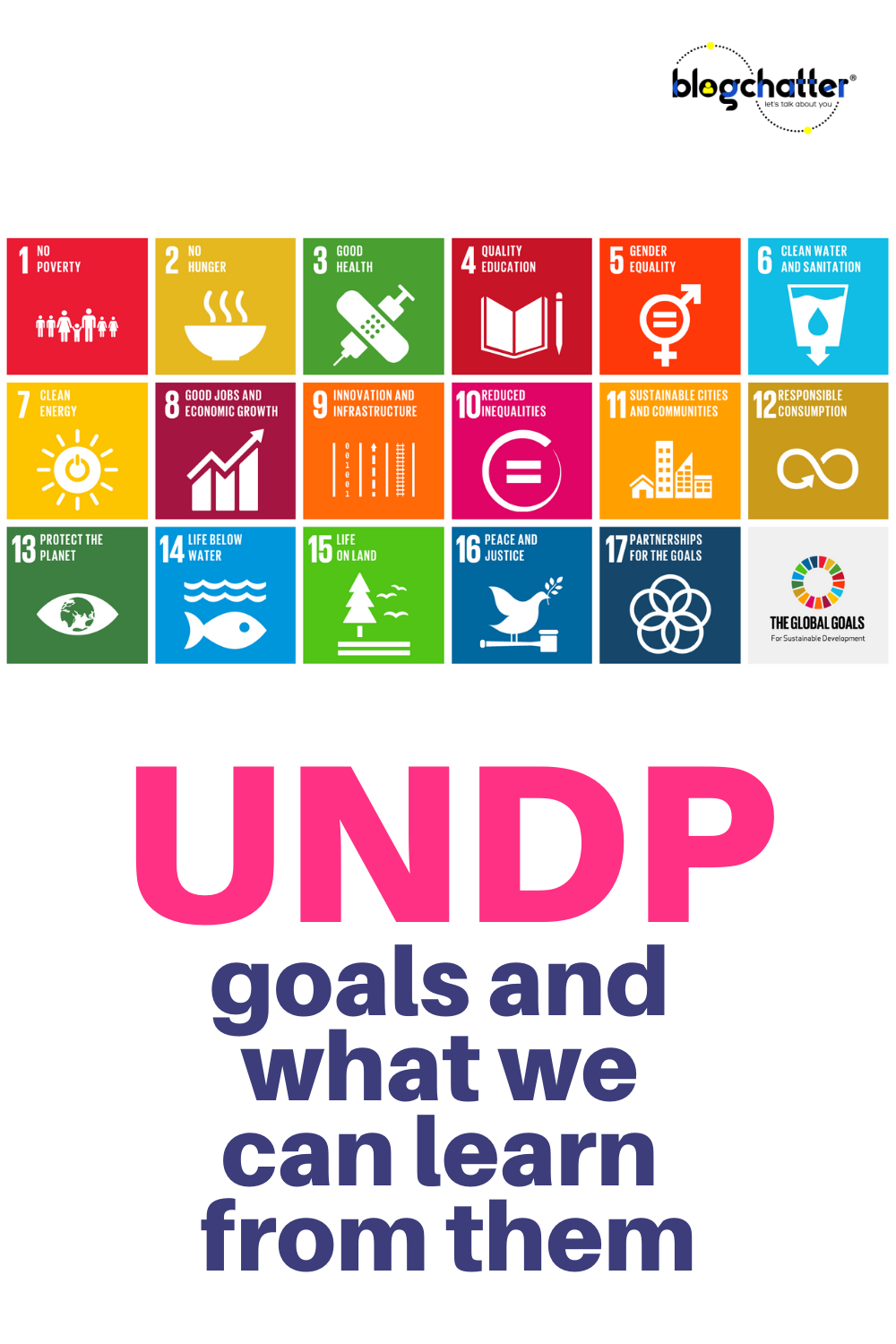 Conservation pledges, rallies, initiatives big and small have proven to have had an impact on the planet. 2020 had been a huge turning point in terms of recognizing major environmental issues, amongst others. While the lockdown in 2020 had triggered a decline in air pollution it also triggered a global use of 129 billion face masks and 65 billion gloves. 2020 was also called the year of fire, resulting in the death of more than 1 billion animals. It’s shocking to know that within 79 years if we don’t take action, it will be the end of rain forests.

The Paris Agreement of 2015 was important because it was the first time all nations came together to discuss tackling climate change. Come November 2021 we will have world leaders gathering in Glasgow for the successor of this meeting. The problem most countries have is cutting back on carbon emissions but so far, we have countries signing up to deep carbon cuts. Japan, South Korea, China and UK have joined 110 countries that have set this target. We are moving towards the cheapest source of electricity in history now - renewables which is wonderful news. It is said that half of the electricity will be generated from renewables by 2050. This will impact businesses too. We’ve begun to see a transforming attitude as they make going green a mandatory part of their plans. On a smaller level, we see people taking gardening seriously as they understand how even a small patch benefits the environment, building a sustainable lifestyle, and small industries taking environmental consciousness very seriously so more and more people can make the right choice at an affordable price.

After centuries of misconceptions around mental health, today the fight towards awareness and reducing the stigma is beginning to show results. In Sep 2015, mental health was included in the UNDP goals and more people are looking at mental health as a part of overall health. Huge steps such as the #MeToo movement brought to light the hidden trauma encouraging people to come out and talk about their experiences without fear. Years of studies and clinical research has proven that mental health conditions are more common than we think and slowly representation in television and influential people speaking up have helped steer us in the right direction. In most recent times, the pandemic has revealed how crucial adressing mental health is, with the increase in anxiety, stress and other issues. In India several companies stepped up to make mental health a priority on an urgent basis. Extended weekends with focus on vulnerable groups, live mental health sessions, free subscriptions to wellness apps, declaring days such as ‘self-care days’ are small but steady steps to validate mental well-being. We still have a long way to go in normalizing mental health the way physical health has been, and with strong voices speaking up online and offline the road looks hopeful.

The war for equality of genders has been an ongoing one from time immemorial. Earlier, most of society recognized just two genders but as we progressed more genders have been accepted into the spectrum. However, it hasn’t been easy empowering people with the right knowledge so they understand people’s individuality and how they identify with themselves. When we talked about the struggle for equality it had mostly been about the upliftment of girls and women, the ratification of the Equal Rights Amendment led by Gloria Steinem being one of the landmarks. For a society that took a long while to and is still reforming itself in this aspect, speaking about the genders other than male and female seemed nearly impossible. Years ago, we wouldn’t have imagined talking about supporting the transgender community, discussing sexual orientation, gender or the topic of consent with kids. Today we have shows that star people of various genders, brave people opening up about sexual health, abuse, gender dysphoria, the usage of pronouns etc., In India too, we’re walking away from toxic gender roles, judgemental behaviour as we open our minds and hearts towards an equal society. Every other day, stories of changes in law in a positive direction, transexual couples getting married, beauty pageants championing transgender queens and transgender students qualifying to become doctors are just a glimpse of how much we’ve progressed and an encouragement to keep going!

We have 8 years to meet the global target of peace, prosperity and equality in a healed planet. Keeping a tab on the goals have helped us understand where we were years ago and where we have reached now. It gives us the direction we need when we sit at the drawing board to ponder over what we can do next to empower humanity and live in harmony. A combination of creativity, technology and other resources is necessary to make sure these goals are achieved. Rewriting the words of Neil Armstrong- every bit of effort each of us takes is a small step for a human, but collectively it becomes a giant step for humankind.

If you found a ray of hope reading about how we've evolved, perhaps you can take a look at what Blogchatter and the community have been upto via our platform CauseAChatter as we champion the above three causes. Who knows, you might even feel inspired to champion a cause yourself right here.